Industry executives and professionals in India responsible for life insurance sales and distribution, including Heads of Agency, Sales Channels, Recruiting, and Training.

The diverse and rapidly growing Indian life insurance market provides a world of opportunity. Attend this one and a half day conference to learn global, regional, and local best practices and how they can be adapted to your unique business environment and target market.

The presenters will include market leaders, niche successes, and global distribution experts sharing insights on these topics:

Vijay Athreye has over two decades of experience in diverse marketing and business strategy assignments in various consumer and industry segments. In 2001 he founded the retail microinsurance program at Tata AIG Life Insurance Company (TALIC), where he developed and oversaw a team of dedicated professionals and offices for nine years. This revolutionary program was hailed by regulators and multilateral donors as a unique program with a great social impact. After leaving TALIC in 2010, Vijay cofounded FINISH, a nonprofit program that uses financial incentives to promote change: it has already supported the construction of more than 300,000 household sanitation systems in rural India. The program has been selected for replication in Kenya, and is being considered for replication in Uganda, Ghana, and Nepal. Vijay also sits on the program management board of the FINISH project and is a director of Sadanand Health Care, a micro health service provider. He has also been a consultant to L&T General Insurance Company in India and is an academic advisor to the Centre of Development Studies.

Royston joined Grameen Capital in 2007 as CEO to launch the organization, and currently oversees all aspects of operations in India. Grameen Capital, founded by Grameen Foundation USA, IFMR Trust, and Citigroup, is a social business enabling microfinance institutions (MFIs) to develop wider access to capital markets. It is part of the global Grameen family of companies, which includes the Nobel Prize-winning Grameen Bank founded by Nobel laureate Professor Muhammad Yunus.

Before joining Grameen Capital, Royston was a Senior Vice President with HSBC, where he was instrumental in setting up and heading HSBC's Microfinance & Priority Sector business. Prior to that, he was the head of HSBC's SME Business. Earlier in his career, Royston worked at Citibank India in both consumer and corporate banking. He has served on many boards and advisory bodies, including Sa-Dhan, Grameen Foundation India, FICCI Financial Inclusion Committee, and the United Nations Microfinance Resource Group. He has been invited to address various programs, in India and globally, promoting microfinance as a sustainable tool to eradicate poverty. The London-based Finance Monthly publication named Royston in their 2013 Global CEO Award Winners list as one of the Top 4 CEOs in Asia, and Top 2 in India, the other one being Kumar Mangalam Birla. 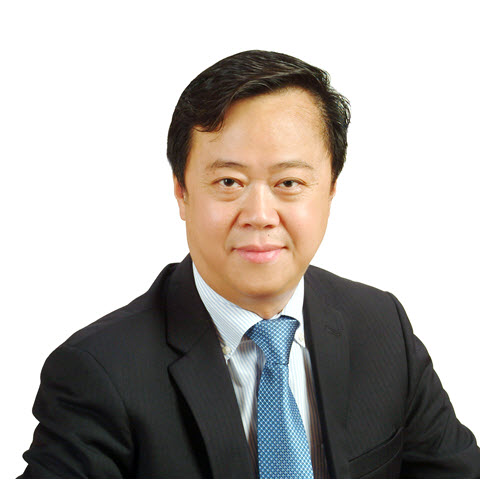 Andy Khoo is an international life insurance professional with extensive experience leading corporate growth strategies, improving agency productivity, and growing company profitability. At LIMRA, he leads one of the world’s largest training and development resources for life insurance and financial services companies. Andy helps members assess their situation, develop a strategic response, and execute at all levels of their organization and across national boundaries. He is also the driving force behind LIMRA’s new Gen Y Seminar Series, which helps managers attract, engage, and retain a new generation of producers. Previously, Andy was Vice President of Field Management Development at AIG’s worldwide life agency head office in New York. He led initiatives that improved agent and agency manager performance in more than 50 countries. Andy’s career with AIG and its AIA subsidiaries in Asia and U.S. included living and working in four different countries, and developing and leading multicultural teams.

Marshall, who joined LIMRA in 2012, directs LIMRA's international research program, which conducts a wide variety of research on markets throughout the world. In this role, Marshall supervises and conducts research in distribution, consumer behavior and sentiment, products, retirement, and technology, identifying insights and trends valuable to members as they enter or grow their business in new markets.

Prior to joining LIMRA, Marshall spent 22 years with New York Life, culminating as corporate vice president and director of research. He is a founding member of the Financial Industry Research Study Team, established in 1994 and represented by senior researchers from leading life and investment companies, research suppliers and industry organizations. Marshall is a graduate of Oberlin College and received his M.B.A. from Harvard Business School.

Rishi's many responsibilities include marketing and brand strategy, online and direct sales, product development, digital initiatives, analytics, new alliances, and training. He previously served as Head of Bancassurance at Aviva, where he built an industry-leading franchise generating sales through bank partners and alliances. Prior to joining Aviva in 2008, Rishi headed the insurance business and the product & marketing groups for all Citi India liability products, and also managed customer segments such as Citigold wealth management. Under his aegis, Citi India was recognized as the best performing Insurance franchise and the most Innovative Insurance franchise across Citi (Asia-Pacific) for 2007. He was also responsible for establishing Citi India as one of the top 5 bancassurers in the country. Rishi has also served as the Strategy Head of Consumer Banking at Citi India, as part of the International Strategy team at Citigroup New York, with Banco Santander Central Hispano in Madrid, and as a dotcom entrepreneur. Rishi has an MBA from Cornell University, New York. He is the author of Aisle Be Damned, a best-selling humor book on the nuances of air travel.

Joydeep has over 25 years of industry experience, primarily in senior business roles in insurance and banking. Before joining PwC India, he was Founder and CEO of L&T General Insurance Company Limited, which won the Model Insurer Award in Technology from Celent two years in a row. Earlier, Joydeep was part of the founding team of AIG’s Life Insurance JV in India, where he was Chief Distribution Officer for Life Insurance. He was selected by AIG as a part of their prestigious GMEDP program, which conducted projects around the globe. He has also worked for Standard Chartered Bank, Wipro, and Compaq Computer Asia Pte Ltd. Joydeep is a member of the CII National Committee for Insurance and Pensions, and served on the Board of Insurance Information Bureau (IIB). He was a founder and Director of the Financial Planning Standards Board and was one of the first CFPs in India. Joydeep was awarded the “Technology Leader of the Year” in 2011 by Asia Insurance Review and Celent. He is also a prominent speaker at national and international forums. He holds a degree in Mechanical Engineering and an MBA from IIM Calcutta.

Steffen has 20 years of experience in the life insurance industry, mostly in sales, operations, and technology. Since 2003 he has lived and works in Asia, primarily in Korea, China, and Hong Kong, where he has held positions as COO and/or CIO. Steffen joined the AIA Group in 2012 as Director of Distribution Technology, focussing on building and rolling out an industry-leading point-of-sales system for AIA Group. 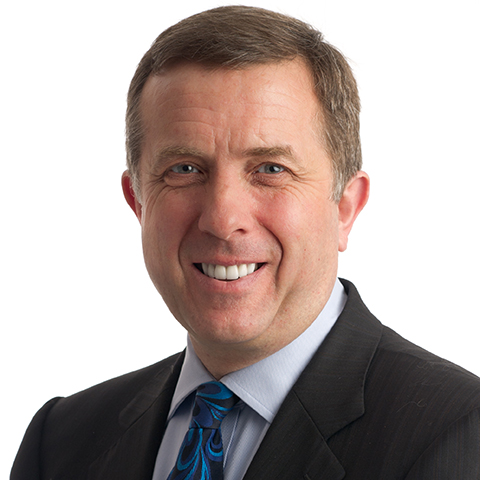 Ian Watts leads the LIMRA and LOMA operations that help member companies in Asia, Latin America, Africa, and the Middle East achieve their business objectives. Prior to joining LIMRA and LOMA in 2013, he was Global COO at ACE Life International, where he was responsible for their day-to-day operations and new business development. He has held CEO positions in India and China for AIG and AIA, and has extensive global experience in the UK, EMEA and Latin America.
View All Speakers

Standard Rates:
LIMRA and LOMA members: US$750
Nonmember: US$850