DOL Fiduciary: Issues for the Small Plan and Retail Markets

LIMRA Member company employees who are engaged in the retirement industry.

ERISA attorneys Michael Kreps and Erin Cho, both principals at the Groom Law Group, Chartered, will discuss how DOL's new fiduciary rule will affect the small retirement plan and retail marketplace. In particular, the session will focus on anticipated changes to marketing and sales practices, participant/investor servicing, and distribution networks.

Previously, Mr. Kreps served as the Senior Pensions and Employment Counsel for the U.S. Senate Committee on Health, Education, Labor, and Pensions from the 110th through the 114th Congresses. In that role, he managed all aspects of the Committee’s retirement agenda and had primary staff responsibility for pension legislation, including the pension investment provisions of the Dodd-Frank Wall Street Reform and Consumer Protection Act, the funding stabilization and Pension Benefit Guaranty Corporation reform provisions of the MAP-21 Act of 2012, the Pension Relief Act of 2010, and the CSEC Pension Flexibility Act. He also led the Committee’s oversight of regulatory activities involving employee benefit plans. Mr. Kreps is a frequent speaker and writer on retirement and health policy. He holds a JD, with honors, from The George Washington University Law School and a BA, with distinction, in history and art history from the University of Colorado. He is active in his local community as a member of the Alexandria Commissions on Aging and Human Rights and is member of the Sorensen Institute Political Leaders Program’s class of 2015.

Ms. Cho advises clients on matters involving ERISA’s fiduciary and conflict of interest rules. She advises asset managers, broker-dealers and investment bankers with respect to the many and varied services and financial products (including complex structured products and derivatives) they offer to U.S. pension plans. She counsels hedge funds and private equity clients on the consequences of accepting investments by benefit plan investors, as well as plan assets and prohibited transaction concerns arising in connection with venture capital investments and corporate transactions. She counsels plan sponsors on all aspects of ERISA fiduciary compliance, including plan governance, plan expense issues and the selection and monitoring of plan investment options. Ms. Cho also represents clients on exemption requests and regulatory initiatives before the U.S. Department of Labor’s Employee Benefits Security Administration. Ms. Cho regularly speaks on pension investment matters, including as a co-chair of the Practicing Law Institute’s annual conference, “ERISA: The Evolving World”. 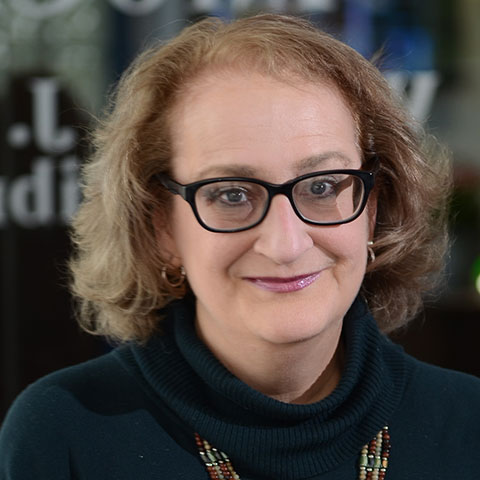 Prior to joining LIMRA in 2014, Deb was the Director of ING's Retirement Research Institute (the Institute), where she created, managed, and published a research platform that included work focusing on multi-cultural, generational, and gender-based analyses of retirement behaviors, and also published insights and analyses of ING's own cross-defined contribution (i.e., across employment sectors) participant base. Deb's work has been recognized for effectiveness and quality by some of the most prestigious awards in the financial services and communications industries, including the Insurance and Financial Communicators' Association and the International Association of Business Communicators. She is a graduate of the University of Connecticut.