Enhancing Sales and Improving Growth in a COVID-19 World

An ASEAN Perspective of Market Opportunities 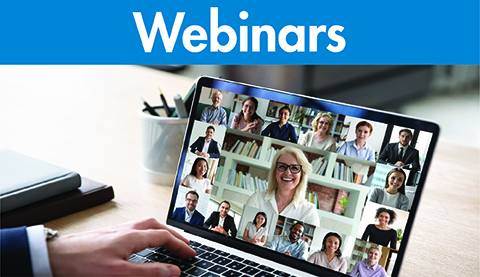 This event will take place at the following time:

It is no secret that COVID-19 has significantly impacted business growth for many insurance companies. However, realizing an increased market share is still possible for those that address the issue with a clear perspective and innovative approach. In this webinar, Chris Au, CAO Manulife Financial Asia, and William Kuan, Senior Business Advisor, will identify and explain the potential and practical ways that Asia companies can continue to grow, both during and after the pandemic.

William has more than 20 years of senior leadership experience in the life insurance industry across Asia. He has worked with multinational insurers and consulting companies across the region, with an in-depth experience on South East Asia, and has served successfully as CEO, Chairman and Senior Advisor to many regional and country business units. He has extensive and proven experience in the areas of finance, strategy, agency and partnership distribution, business development and operations, working for companies such as Prudential, Deloitte Consulting and Synergy Solutions. William is a qualified Fellow CPA from Australia and holds an MBA in International Management. He has also completed senior executive programs from both the Harvard Business School and Oxford University.

Chris Au started his career as an agent in 1988, immediately after graduation from the University of Hong Kong.  Throughout the course of his agent career he received a variety of top honors including the Young Distinguished Salesman Award, MDRT, Top Case producer, Top AUM, and Top EB producer, among many others. In 1996 he shifted his career to move from agency to staff, and in 1999 he became CAO of New York Life Hong Kong. He then worked as CAO for several other companies in Hong Kong, China, Taiwan and Thailand, and prior to accepting his current role he served as the Regional CAO of AIA Group. Chris’ professional designations include the LLIF, CIAM, FLMI and LUTCF as well as an Executive MBA.