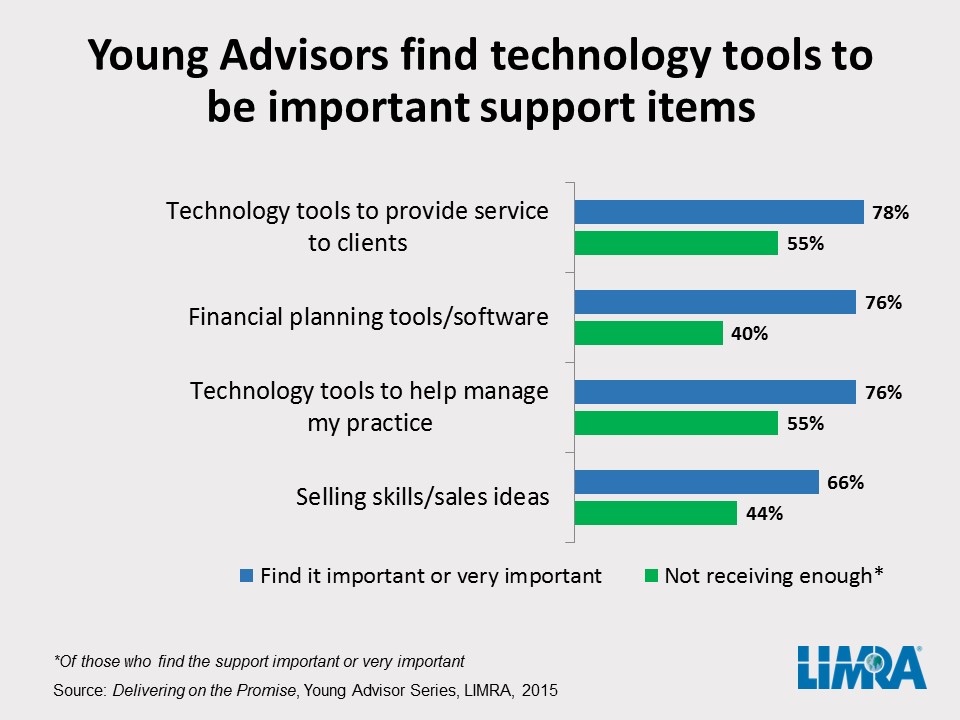 A new LIMRA study reveals that the support young advisors receive from their firms at the beginning of their careers in financial services sales greatly contributes to their long-term success.

Today’s advisors face many of the same challenges as their predecessors.  Finding leads, asking for referrals and developing skills to run a business are just as difficult today as they’ve always been and no less important. The difference today is that new technology allows the young advisors to tackle these problems in completely new ways.

As companies invest in technology, they’ve begun to use modern approaches that build on the strengths of today’s advisors to address some of the on-going challenges they face. While this is happening for some, many advisors are still on their own in key areas.

In addition to technology, the study revealed several areas where young advisors want more support such as improving their selling skills and practice management.

LIMRA has found that 75 percent of successful young advisors have benefitted from a mentor relationship.  While some companies have formal mentoring programs, most mentoring relationships (57 percent) developed naturally.

Early career support can provide a return on investment for companies in the form of retention.  Ninety-one percent of young advisors who have been in the career for at least two years are satisfied in their career, with three quarters saying they will definitely stay for the next three years.