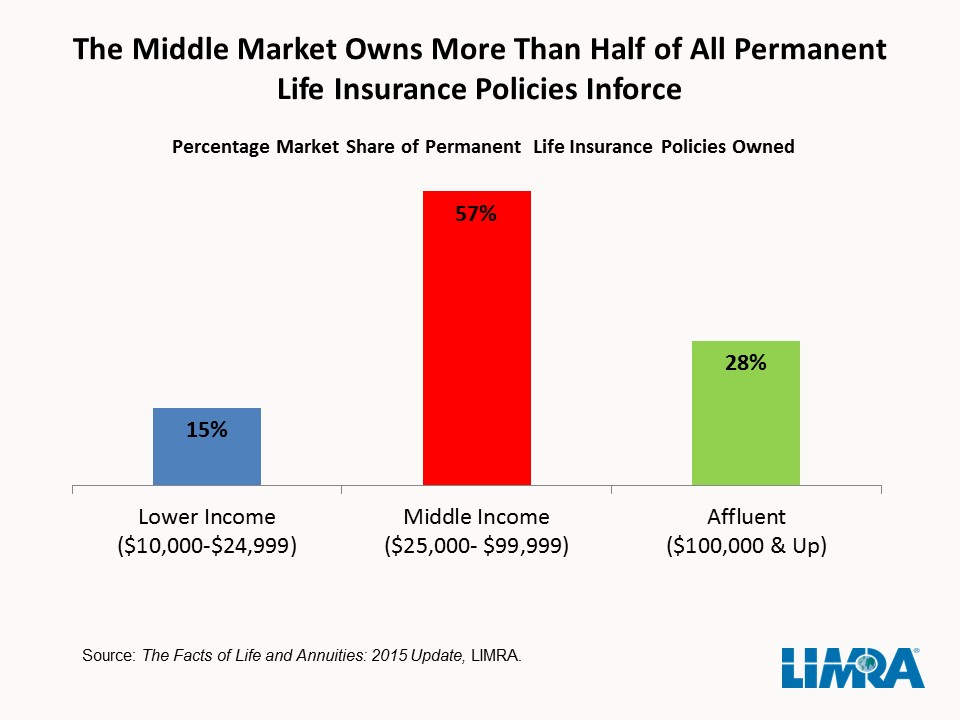 A separate LIMRA study found nearly 7 in 10 U.S. workers have life insurance offered or available to them through their employers.  Among those with access to group plans at work, 80 percent participate. While life insurance through the workplace is important coverage, it is often a term policy that ends when an employee leaves a job.

Whether they own permanent or term life insurance, consumers rate income replacement as a key reason for having coverage.   When asked why they own life insurance, covering lost wages and income is second only to paying burial expenses.  Across all income groups, the average U.S. household that has life insurance owns enough to replace 3.5 years of income.

Americans overwhelmingly believe in the value of life insurance.  LIMRA research finds a large majority of consumers agree that life insurance protects their families and is the responsible thing to do.  Nine in ten say it provides peace of mind.