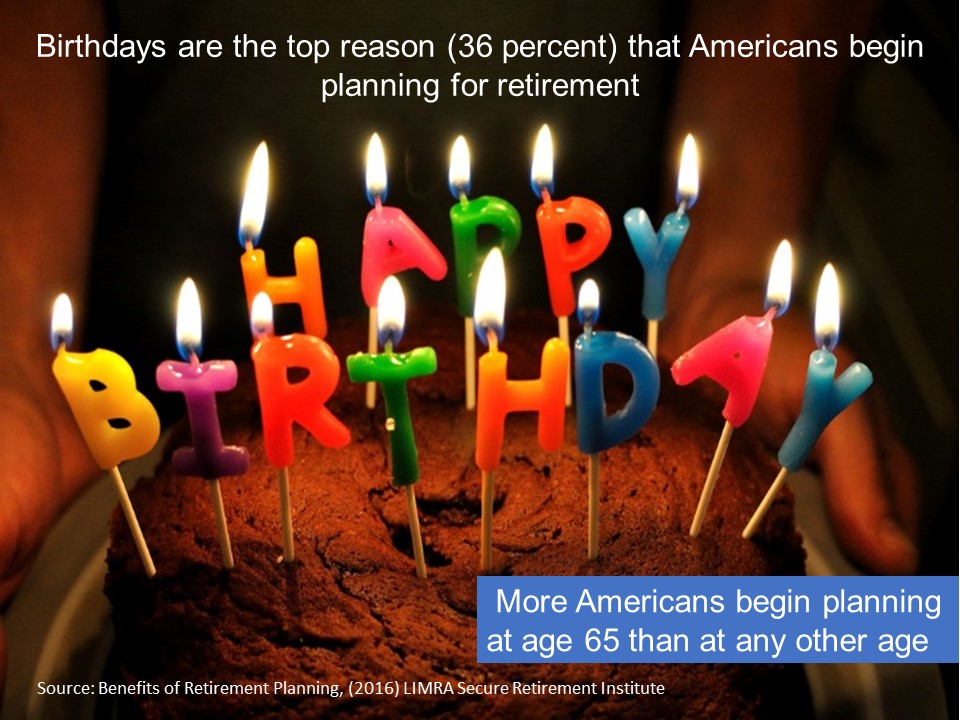 are cause for celebration but they can also prompt people to examine their life situation. A recent LIMRA Secure Retirement Institute study found more Americans aged 55-75 with financial assets of $100,000 or more began planning for retirement when they reached a significant birthday (36 percent) than for any other single reason.

But not all financial plans are equal. The study found that while 75 percent of pre-retirees and retirees who work with a financial professional have some sort of retirement plan, only 16 percent of those have a formal written plan.

If it’s your birthday – have cake and enjoy your day!  But also reflect and consider how prepared you are for retirement. Would a formal written retirement plan help you achieve your retirement goals?  Our research strongly suggests it will.