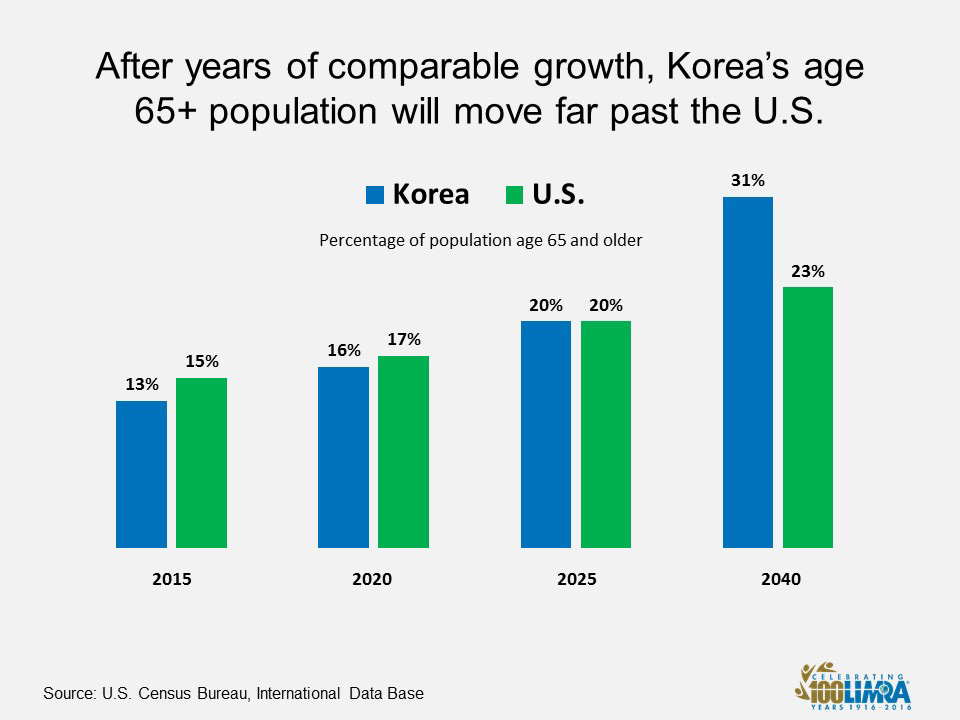 the world are living longer.  As a result, the number of people age 65 and older is rapidly expanding. The United States and many other countries are seeking the right balance between providing financial security for older individuals and preventing their public retirement systems from collapsing.

Census data shows that the aging population in Korea (South) will grow at a similar pace as the U.S. until 2040, when their 65+ population will outpace the 65+ population in the U.S. (chart). By the middle of this century Korea will surpass Japan as the country with the largest percentage of people age 65 and older.

With that in mind, the Korea Life Insurance Association (KLIA) organized a trip to the U.S. to learn more about our private retirement system and what aspects of it might apply to their country.

Similar to the U.S., the number of workers paying into Korea’s social security system is shrinking while the number of beneficiaries grows. Korea is trying to find the combination of private savings and public support to sustain their retirement system.

Since 2005, their government has moved to phase out the older pension system that paid a lump sum at retirement and replace it with one that pays an income in retirement. Starting this year, all Korean companies with 300 or more employees are required to provide company pension plans. By 2022, employers of all sizes will need to provide the plans. The government has also adjusted the tax deductions for employers on retirement pay from a flat 40 percent to a graded system ranging from 35-100 percent, designed to increase the tax on higher incomes.

The Korean reporters attending were interested to learn how the public and private pension systems were structured in the U.S. They also asked insightful questions about Americans’ awareness of retirement planning, and the role public-sector pensions, private sector pensions from employers, and personal savings all play. 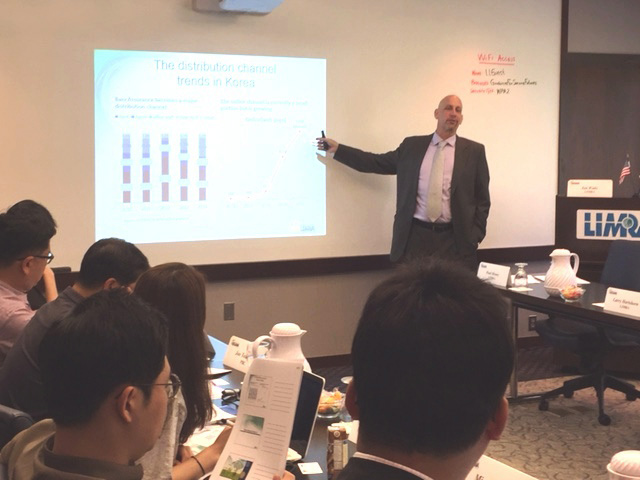 corporate vice president and director LIMRA International Research, shared findings from recent LIMRA studies exploring Asia-Pacific markets.  During his remarks he discussed some of the challenges Korea and other countries face because of their aging populations and how regulators are responding in different markets. (photo) 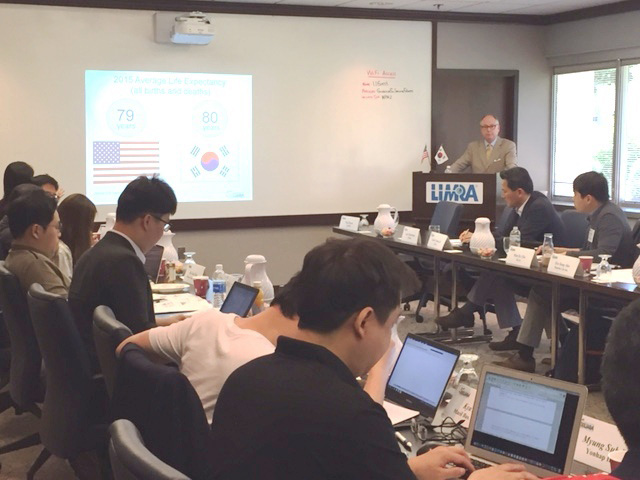 managing director for LIMRA LOMA Secure Retirement Institute, provided an overview of the U.S. retirement market, touching on public initiatives recently launched, like MyRA and state-run retirement savings plans for private employees, as well as the ongoing concerns about the Social Security funding in the U.S.  Paul also talked about some of the tools U.S. financial services companies have developed to encourage workers to save in their employer-sponsored retirement plans (auto-enrollment, strategies around company match, etc.).  (photo)

LIMRA provides research insight and analysis for financial services companies in 64 countries, so it’s fairly common for company executives to meet with us in Windsor.  It’s not so common to host more than a dozen Korean journalists.

The willingness of this group to travel to Connecticut speaks to their desire to find real solutions for Korea’s aging population and demonstrates that LIMRA truly is the trusted source of industry knowledge worldwide.