In the 2016 Insurance Barometer, 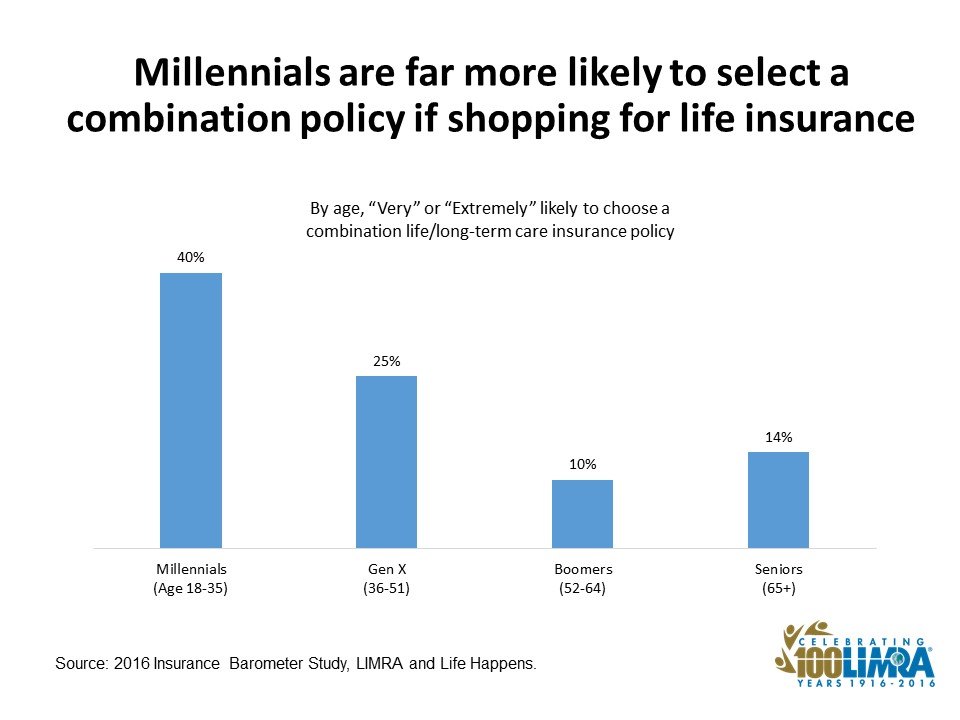 nearly 6 in 10 consumers said paying for long-term care services was a financial concern, for 10 percent it was their top concern.  While two-thirds of consumers agree that most people need long-term care insurance, only 16 percent own any.

In terms of consumer awareness, the Barometer study found that 60 percent of consumers said they understand the product with the highest awareness among Millennials at 65 percent.

Looking closer at the strongest likelihood of purchase, Millennials lead the way at 40 percent, with Gen X a distant second at 25 percent. (Chart) This finding is consistent with Millennial responses to concerns about financial issues.  Paying for long-term care services rated slightly higher than average as a concern for Millennials (62 percent) while paying for medical expenses and supporting themselves if they become disabled were equally concerning for 70 percent of Millennials.

What’s the appeal of combination products? For 36 percent of consumers, it’s the idea that a life benefit will be paid even if long-term care expenses are never needed.  Similarly, 36 percent of all consumers and 41 percent of Millennials said a combination policy would be a more economical use of their assets.

Additional information on sales results of life combination products can be found here.