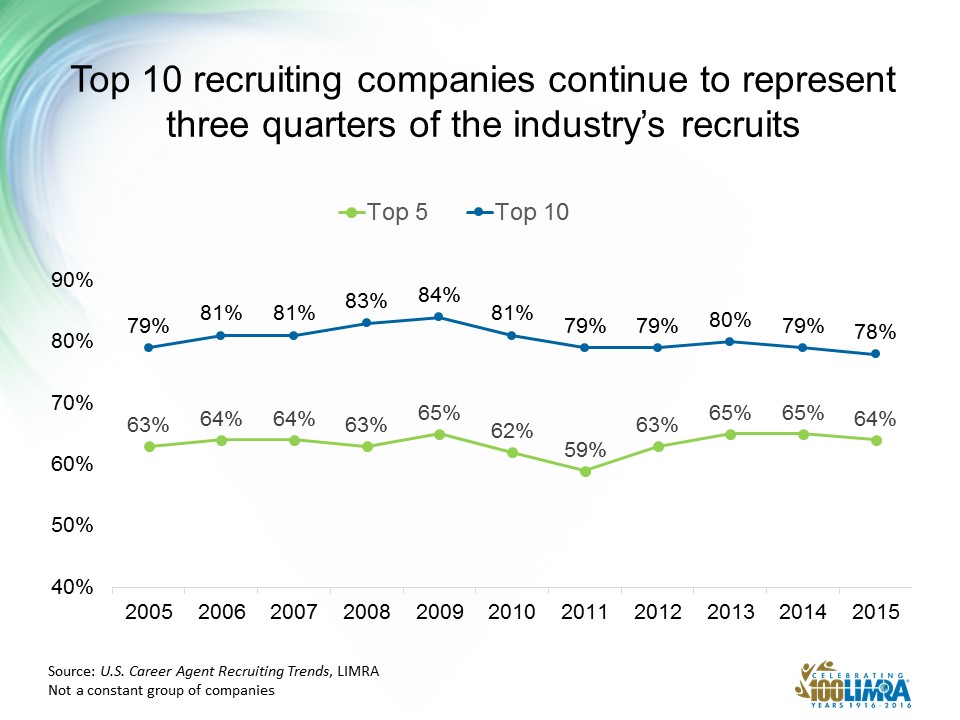 2015 U.S. Career Agent Recruiting study, the 29 surveyed companies contracted more than 29,200 new agents in 2015, an increase of two percent compared with 2014.  Just over half of the companies reported a recruiting increase from the prior year.

Top takeaways from the study:

Recruiting trends by all measures have remained steady for the past 10 years.  Will new regulations drive change?