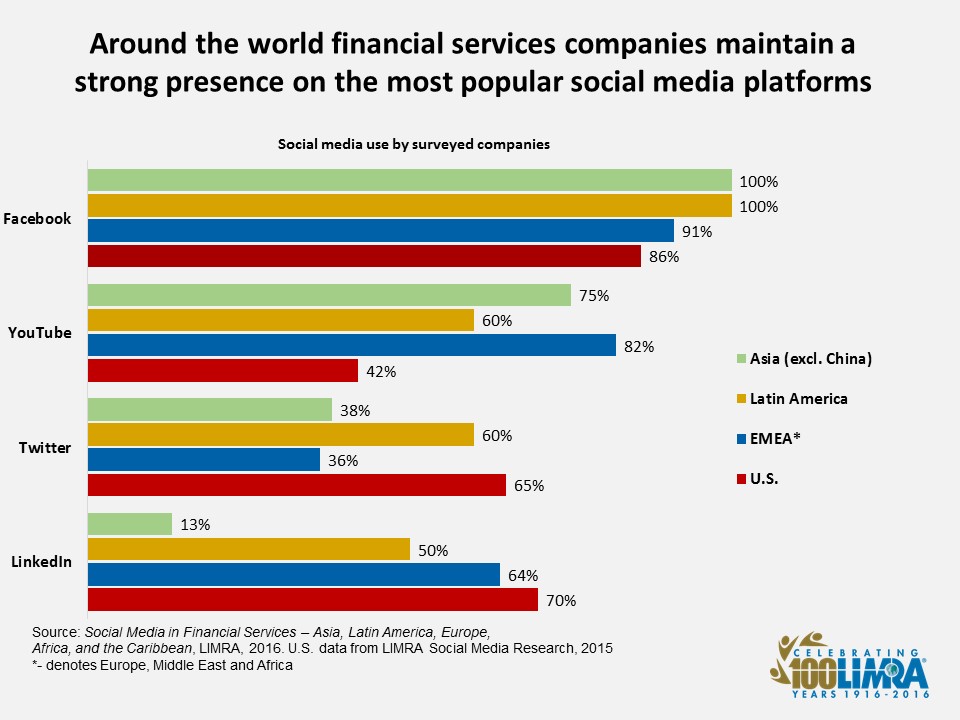 of financial services companies in 26 countries shows their use of social media jumped to 88 percent in 2015, compared with 61 percent the prior year.

Forty-three LIMRA member companies, representing the Europe, Middle East, Africa (EMEA) region, Latin American/Caribbean region, and Asia participated in the survey.  The study did not include China because the social media platforms used are unique to the country.

A majority of companies said their main objective for social media is to draw attention to their brand.  Objectives of “communicating brand position/personality” and “community building” also ranked high as Latin American companies rated these two as their most important.  In prior LIMRA research, U.S. companies listed these same objectives as their top three.

International companies gave Facebook high marks for being effective in gaining referrals. YouTube was favored for its ability to easily share videos and Twitter is considered powerful when "the right conversations are occurring with the right people."

Like their counterparts in the U.S., financial services companies throughout the world use social media as an important tool to keep their brand in front of potential customers and to monitor the attitudes and preferences of today's consumers. By having a social media presence now, companies strengthen their position for future consumer engagement.