According to the 2016 Insurance Barometer, 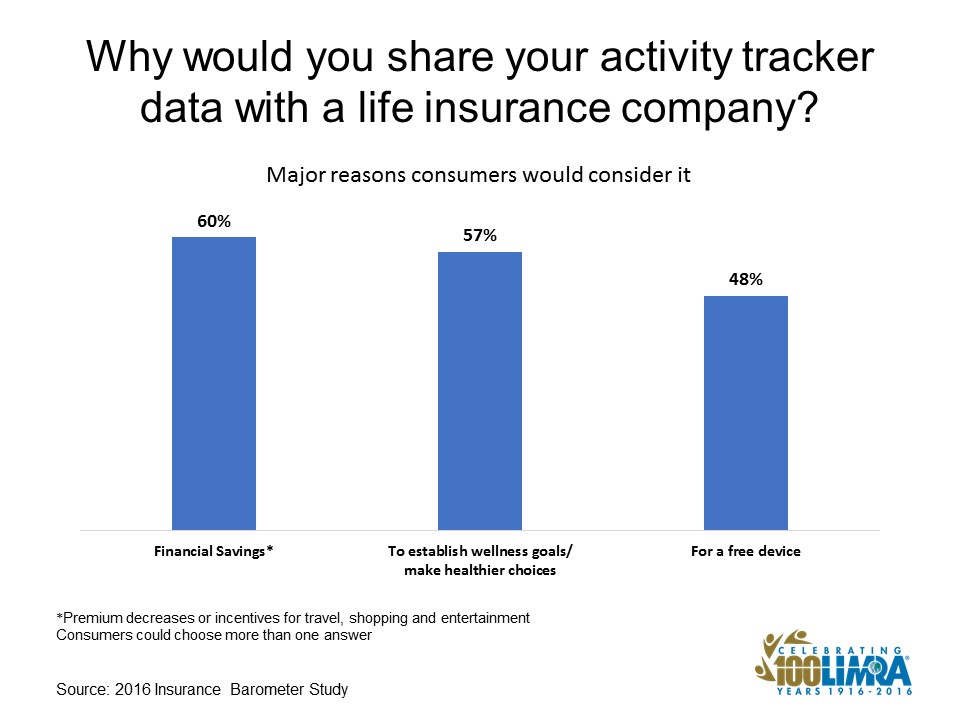 30 percent of consumers are very or extremely likely to consider sharing the data from an activity tracker (Fitbit, Jawbone, etc.) with a life insurance company if they received financial incentives in return for healthy behaviors.  Among those who already use a device, willingness to share more than doubles to 65 percent.

Among consumers who would consider sharing their activity tracker results with a life insurance company, 6 in 10 say they would do so for financial savings (such as premium decreases or travel, shopping, and entertainment incentives.) Establishing wellness goals/making healthier choices was noted by 57 percent and getting a free tracking device was a major incentive for 48 percent.  (chart)

LIMRA also conducted a similar study that explored different aspects of sharing data from activity trackers. In that study, researchers identified five consumer groups who are the most receptive to allowing companies to monitor their health:

In the 2016 Barometer study, just over 35 percent of people would not consider sharing their activity tracker results with an insurance company.   Of that group, 6 in 10 are concerned about sharing too much personal information, citing privacy concerns. A small group (17 percent) said they would be reluctant to share their data because they are not very active.