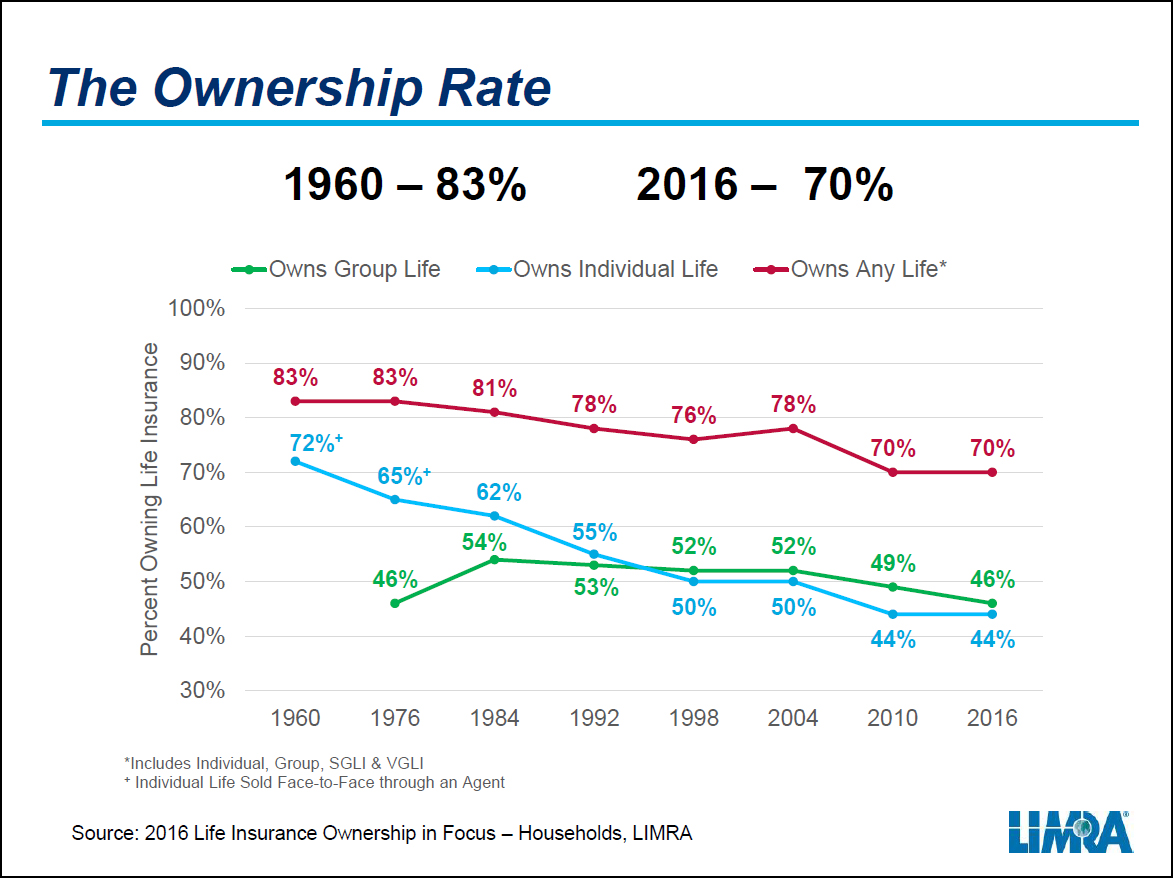 The average amount of life insurance owned and the average household income replacement ratio has decreased over the past 12 years leaving many households uninsured. Of the approximate 125 million U.S. households,1 about 37.5 million currently own no life insurance coverage.

People give many reasons for not owning life insurance or not having enough life insurance. Seventy-one percent say they have other financial priorities above life insurance. Sixty percent say they can’t afford it. However, previous research shows consumers overestimate the price. For example, when asked how much a $250k term life policy would cost a healthy 30-year-old the median estimate given was $500—more than three times the actual cost.2 And 46 percent admit they just haven’t gotten around to it yet.

Insurance awareness day is a great opportunity to help your clients assess their risk and help them get the insurance they need to help them be more financially secure.