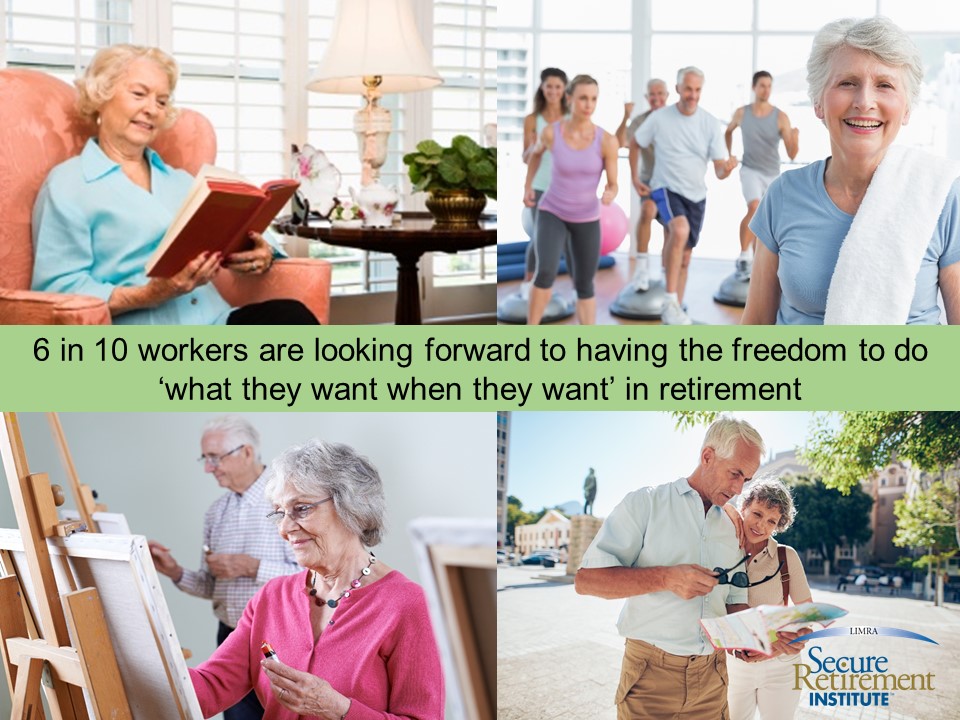 dream of retirement and what they will do when they stop working.  It is important for them to understand what they want to do so they can develop a financial plan that will support their goals. So what do Americans most value about retirement?

LIMRA Secure Retirement Institute asked retirees what they enjoyed most in retirement and asked non-retirees what they think they will enjoy most when they are retired.  By far the most valued aspect for retired and non-retired Americans is the freedom of being able to do “what they want when they want.” More than 6 in 10 retirees say it is what they most enjoy about being retired and 4 in 10 of those working full time say they are looking forward to having more freedom.

Not surprisingly, when some people have more free time the idea of traveling becomes important. The study found that those still working are three times as likely as retirees to list travel as what they will most enjoy in retirement(24 percent of non-retirees vs. 8 percent of retirees). This difference in preference could be because as retirees age and their health declines their ability to travel may be limited. One in five Millennials (age 21-36) and one in four Generation X (ages 37-52) Americans say the ability to travel is what they expect to be most enjoyable while only 1 in 6 Boomers (age 53-71) and 1 in 10 Silent Generation (age 72 and older) list travel as something they enjoy the most.

Advisors should work with their clients to ensure they have a financial plan that will allow them to afford to travel or whatever else they desire in retirement.  Prior Institute research shows twice as many retirees and pre-retirees with formal written retirement plans feel confident that they will be able to live their desired lifestyle in retirement as those without such plans (51 percent vs. 25 percent).

LIMRA Secure Retirement Institute has developed a web-based tool, Ready-2-Retire, which can help consumers think about their lifestyle goals in retirement. Where do they want to live?  What do they want to do?  Is travel important to them?  This information will enable advisors to develop a formal written retirement plan that supports their clients’ goals in retirement, bringing their dreams a step closer to reality.