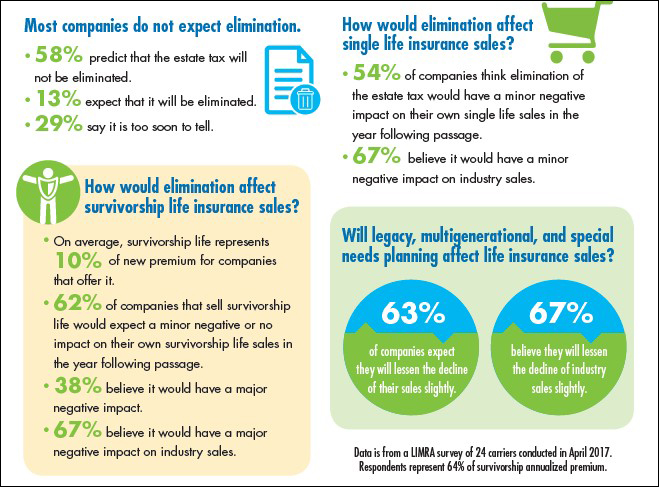 has stated repealing the estate tax is one of its highest priorities. In April 2017, LIMRA asked 24 U.S. insurers how they thought this would affect life insurance sales.

Current federal estate tax law only applies to estates exceeding $5.49 million per person. Since Americans can leave an unlimited amount of assets to their spouses, the threshold for married couples is $10.98 million. According to the Joint Committee on Taxation, roughly 0.2% of Americans, or one out of every 500 people who die are impacted by the estate tax. This includes family-owned businesses and farms.

While six in 10 surveyed (58 percent) do not expect U.S. estate tax law to change this year, if it is repealed three-quarters believe it would have a significant negative impact on industry survivorship life insurance sales in the following year.

LIMRA members can view the infographic sharing highlights of this survey by visiting: Impact of Potential Elimination of the Estate Tax.