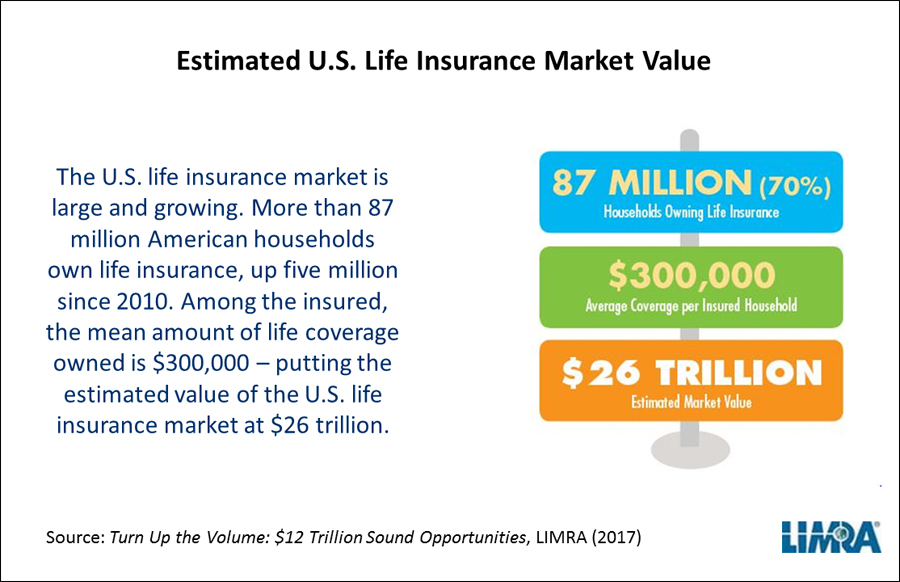 Who are the underinsured markets with the most potential?

LIMRA research shows that half of the underinsured market consists of households that already own life insurance.  Approximately 9 million households own only group life insurance.  Based on LIMRA’s life insurance coverage model – these households have an average coverage gap of $225,000.  This amounts to a $7 trillion opportunity. Since this segment already believes in the value proposition of life insurance but need supplemental coverage, it makes them an important target market.

LIMRA’s study also finds there is an opportunity with couples age 45 or older with no children.  More than 11 million of these households are underinsured, by an average of $270,000 each.  Since women tend to live longer than men, when a couple is underinsured the wife’s long-term financial security is most at risk.  The industry can help close the $3 trillion coverage gap in this segment by targeting these households with messages that encourage coverage for both husbands and wives, and long-term financial security.

The 2016 study consisted of a sample of 4,167 households who took part in a survey in the first quarter of that year. The results were weighted to the U.S. household population by age, income, race and region.

For more information on this topic, LIMRA members can read, Turning Up the Volume: $12 Trillion Sound Opportunities.