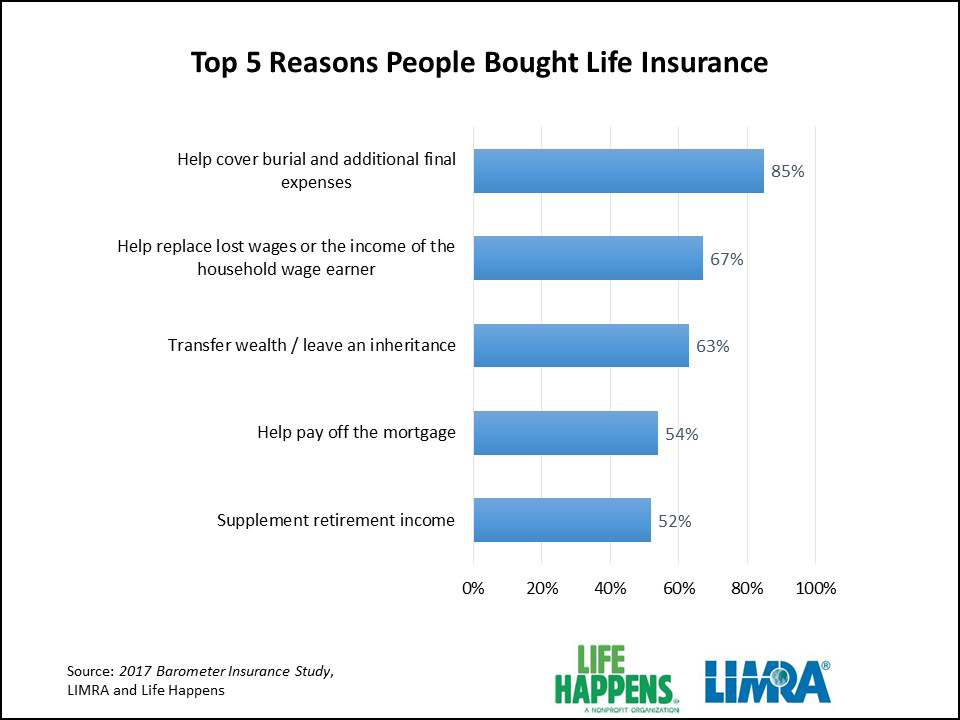 2017 Insurance Barometer Study*, Americans choose to purchase life insurance for many reasons. In most years the top five list has stayed the same, however this year there was a new reason in the number five spot. Fifty-two percent of those surveyed said they bought life insurance to supplement their retirement income.

Other reasons people made the decision to own life insurance is to:

Prior LIMRA research has found the number one financial concern for Americans is having enough money for a comfortable retirement. More than 4 in 10 aren’t confident that they are saving enough to live comfortably when they retire.1 Permanent life insurance offers a saving component that can be used in retirement to increase income after one is retired.

What does owning life insurance say about you
Owning life insurance can say a lot about someone. Not only does the owner want to be prepared for the future, but they are also more likely to own other products that protect against losses. The Insurance Barometer Study shows that individuals who own life insurance also own on average 4 to 5 other insurance products. This substantiates the idea that those who purchase life insurance are risk adverse and recognize the value of protecting against future risks.

LIMRA members can read the full report, 2017 Insurance Barometer Study, to see what additional value life insurance can have.

*The 2017 Insurance Barometer Study by LIMRA and Life Happens was fielded in January 2017 using an online panel, which surveyed 2,031 U.S. adults age 18-75. The data were weighted by age, gender, education, race, region, and income to be representative of the general population. A propensity score adjustment was added to correct for biases inherent in Internet panels. The margin of error in this study is 3 percentage points.