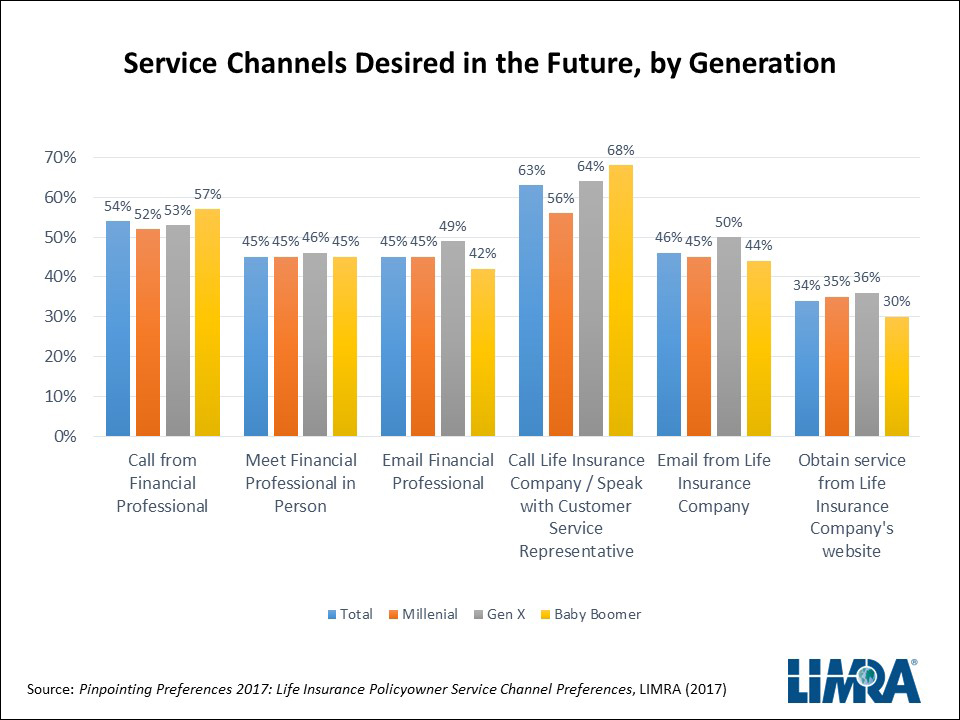 While more policyowners are interested in going online to get help with their policy, they expect to have many options to access service. Nine in 10 policyowners said they want to be able to speak to a financial professional and three quarters say they want to contact the company directly via phone or mail. LIMRA found, overall, that meeting a financial professional and calling a life insurance company to speak with a customer service representative are still the most chosen service channels at 44 percent and 45 percent, respectively.

The policyowner’s generation also played a role in their use of service channels. The research shows Millennial policyowners (born between 1981 and 1995) are most likely to use the most service channels and are most likely to use digital channels (such as email, websites, text, chats and mobile devices) to connect compared to older consumers.  (chart)

Research shows the types of transactions influence which service channel policyowners used. Simpler transactions, such as setting paperless preference and obtaining general information, were more likely to be completed online; while the policyowners were more inclined to talk to someone when they conducted more complex business, like changing their policy face amounts. Policyowners used mail or email more often when they completed services that require documentation such as name or beneficiary changes.