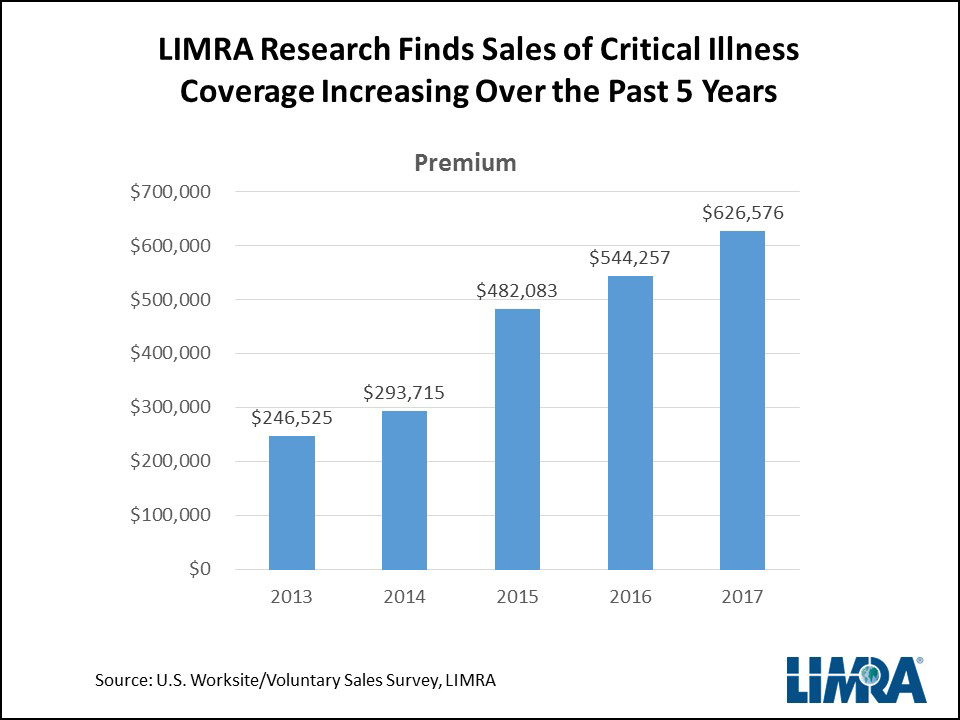 the popularity of consumer-directed health plans continues to rise, the number of consumers who find themselves with unplanned medical costs is also on the rise. High out-of-pocket medical costs are becoming a frequent threat to consumers’ financial security. To help offset these expenses, more employers are now offering supplemental health products – like critical illness coverage. LIMRA research found 24 percent of employers offered critical illness coverage in 2017 compared with just 19 percent in 2006.

Data from Career Builder finds 78 percent of full-time workers state they are, at some point, living paycheck to paycheck. Additionally, recent research finds as many as 26 percent of U.S. households have difficulty paying medical bills in a given year. According to LIMRA research, 55 percent of employees say they could pay a $500 unexpected medical bill right away but only 30 percent could do the same for a $4,000 bill. The average family deductible for a high deductible health plan is now over $4,000. 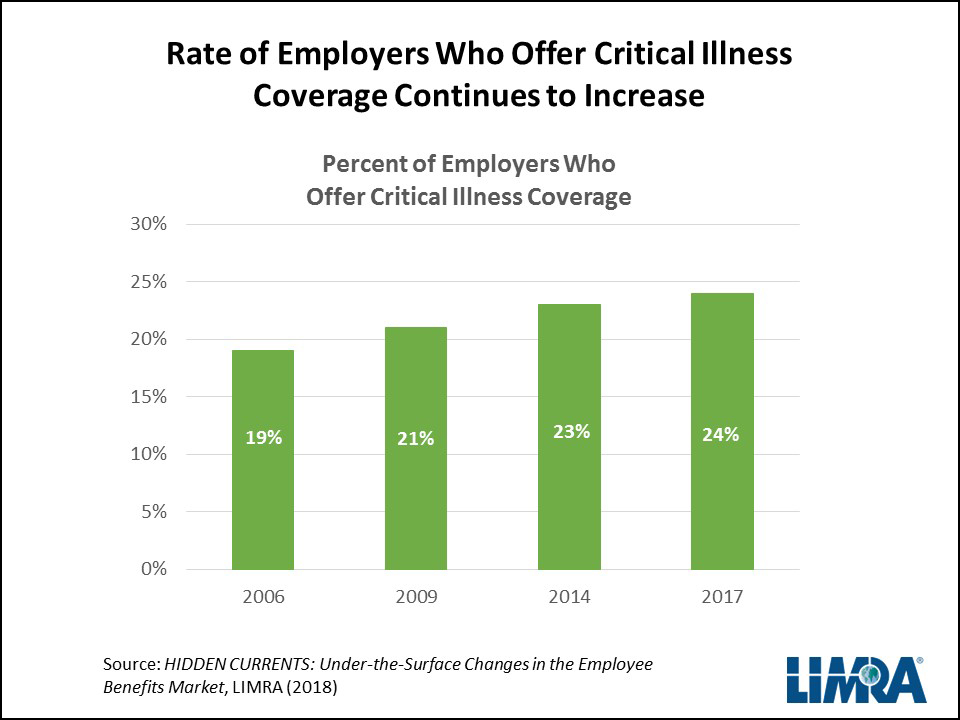 Employers should work with their insurance carriers to help educate their employees about the risks of unplanned medical expenses and the benefits of purchasing critical illness coverage.