LIMRA Secure Retirement Institute (LIMRA SRI) research shows that consumers most likely to be interested in annuities are younger and still working. 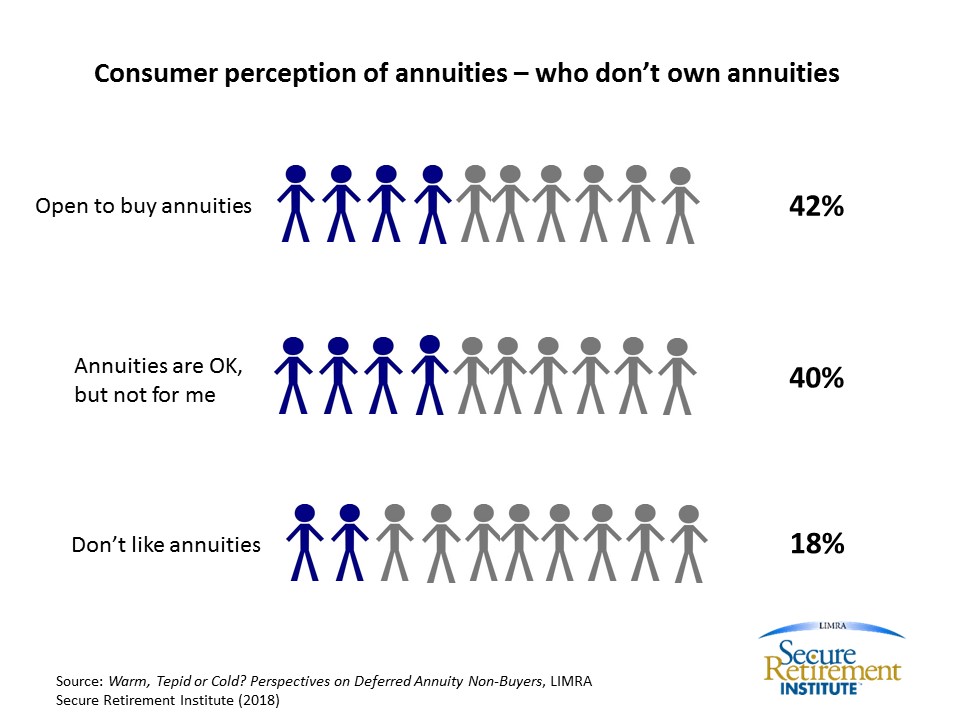 LIMRA SRI wanted to take a closer look at those who debated buying annuities but decided not to purchase and find out why. This most recent study looks at investors who had a discussion with their advisors about deferred annuities within the past 3 years but then decided not to buy. The research found the consumers who didn’t purchase fit into three categories:

Forty-two percent of consumers who didn’t purchase were open to the idea of annuities. They feel annuities are good products and would consider purchasing in the future. The top reason for not buying annuities for this group was that it wasn’t the right time (44%). Nearly two-thirds of this segment is not retired and only 3 in 10 of the non-retirees plan to retire in the next 10 years. Also within this group of consumers, 61 percent say having enough money to last through retirement years is their single most important objective for their assets in retirement.

On the opposite side of the spectrum, 18 percent of those who didn’t buy an annuity would most likely never own one. They most identified with the statement they do not like annuities and would likely never consider buying one. About half of this group is already retired and one-third plan to retire in the next 4 years. Another characteristic of this group is they give the highest importance on control over how investments are managed and are more likely to have guaranteed income through their pensions, which is not the case with younger workers.

What does this mean for advisors?

This research shows that most consumers who didn’t buy an annuity are open to possibly buying them in the future, especially if they are younger and still working. Possibly a follow up conversation down the road and additional education could help the consumer with the decision to purchase.