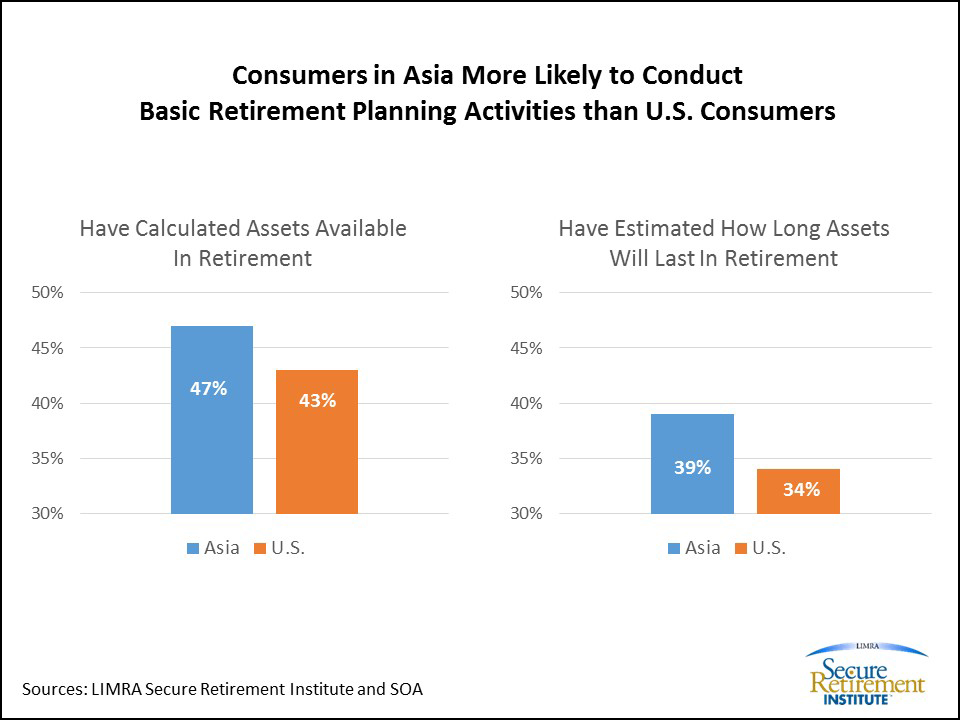 For more details on Asia retirement study, conducted by LIMRA SRI and Society of Actuaries, LIMRA members can read Spotlight on Retirement: Asia. Members of the media who would like some addition details may reach out to the media contacts team.