Historically speaking, GLB’s have been a driver of variable annuity sales. Guaranteed withdrawal benefits are options that can be added to variable annuities, which allow buyers to make guaranteed withdrawals from their funds. Many of these guarantees will provide a lifetime of guaranteed income regardless if their contract runs out of money. GLBs were introduced in the late 1990s and the riders became more popular in the early 2000s to ease consumers’ concerns around market volatility after the downturn in 2001-2002.

This trend has been shifting in the past few years. Some companies have managed the risks associated with these lifetime guarantees, while others have changed their approach due to regulatory changes and pressures. The sales of VAs with GLBs dropped significantly from 2015-2017 as a result, while the VA sales without a GLB have remained steady. 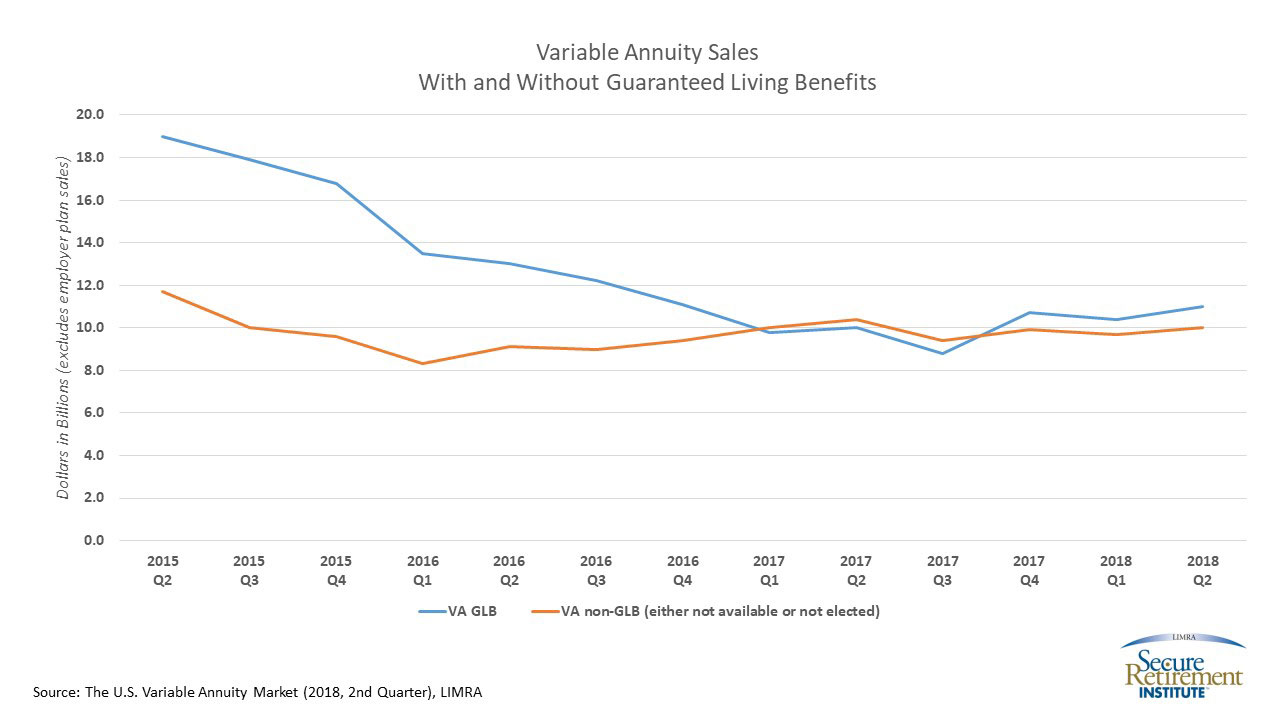 Analysts at LIMRA SRI suggest that the demise of the DOL rule and the improvement of economic conditions have improved the value that GLB’s offer. Additional data shows the average initial premium of GLB buyers increasing from 2016-2017 by 11 percent. Seventy percent of new VA GLB premium was sold to buyers aged 56-70.