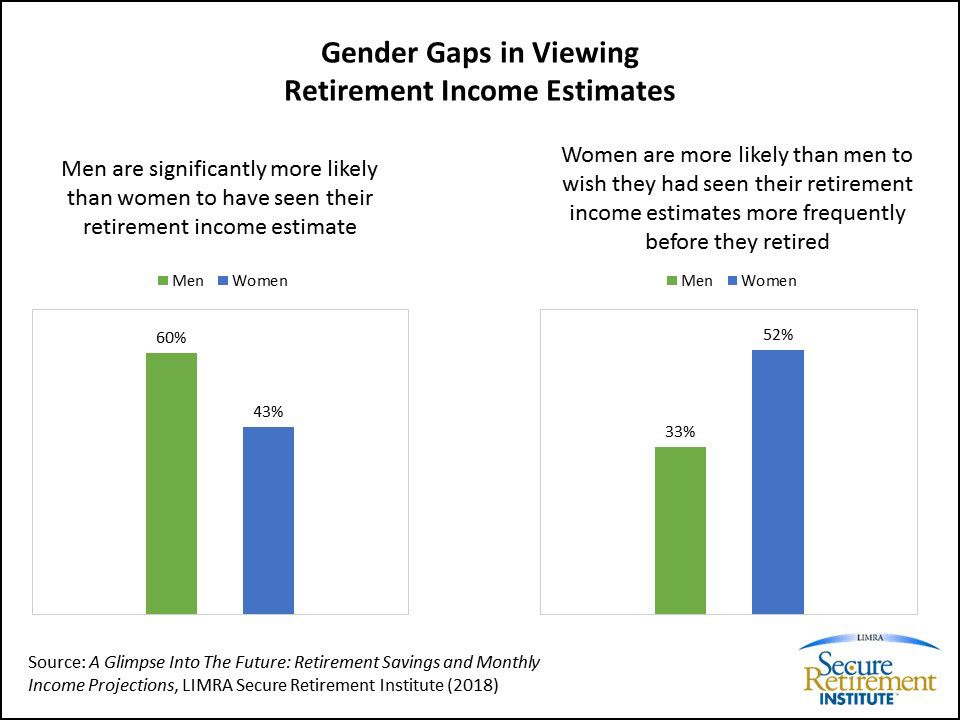 About half of workers (52 percent) say they have seen an estimate of their retirement income. LIMRA SRI research shows men are significantly more likely than women to have seen a retirement income estimate – 60 percent versus 43 percent. This gender gap also shows up after people retire. About 4 in 10 retirees wished they had seen more frequent estimates of how much monthly income their savings would generate in retirement before becoming retired. Women lead this group compared to men 52 percent to 33 percent.

When it comes to generations, Baby Boomers are more likely to have seen an estimate of their monthly income than Gen X or Millennials. Viewing their monthly income in actual dollar amounts, rather than as a percentage of pre-retirement income, is more meaningful to Baby Boomers. Since they will most likely be retiring sooner than younger generations, they may have a better sense about what their retirement expenses will be.