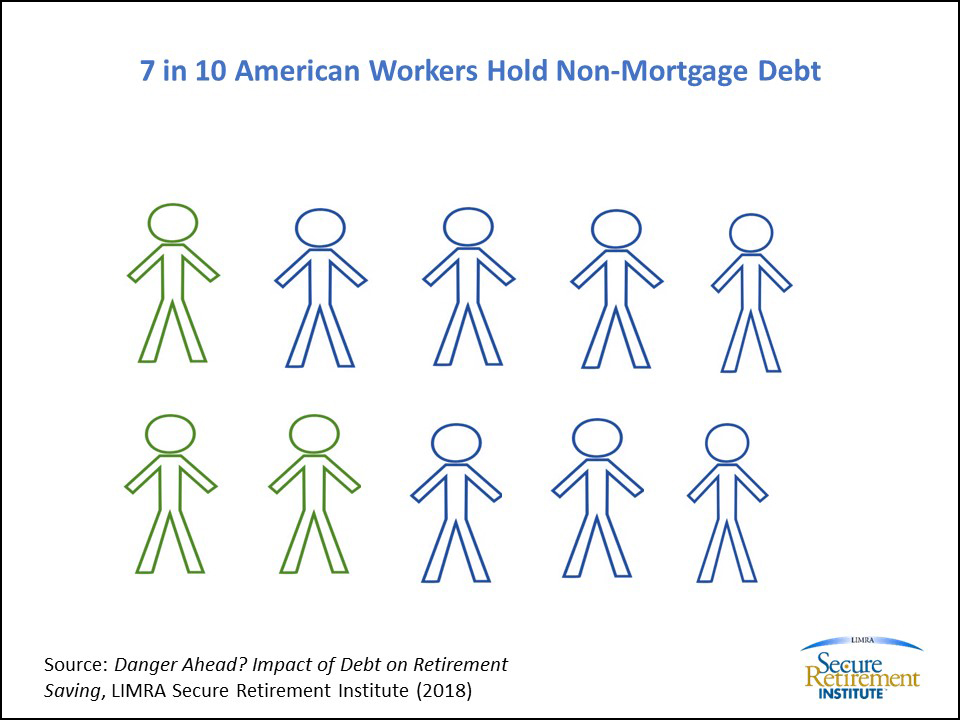 Of those who said they wanted to save more money, 56 percent cited retirement as a top three reason.  Institute research shows that debt – especially non-mortgage debt – is one of the largest obstacles for Americans trying to save for retirement.

In 2017, total U.S. household consumer debt reached $13 trillion, according to the Federal Reserve Bank. LIMRA Secure Retirement Institute finds 71 percent of American workers hold some type of non-mortgage debt – such as car loan, student loan or credit card debt. Six in 10 workers said paying down non-mortgage debt was negatively impacting their efforts to save for retirement.

Institute research shows only 31 percent of all workers with non-mortgage debt were saving outside the workplace for retirement, compared with 69 percent of workers without non-mortgage debt. A large number of workers not investing in retirement place outside of work are Millennials. LIMRA finds only 23 percent of Millennials are saving for retirement outside the workplace. This could be due to younger workers using their excess earnings to pay off their debt burdens such as student loans or credit card debt.

Despite consumers wanting to save more money, half of consumers surveyed stated they felt financially secure and 60 percent even said they were optimistic about their financial future. Additionally, half of Americans said they are confident they will be able to live the retirement lifestyle they want.