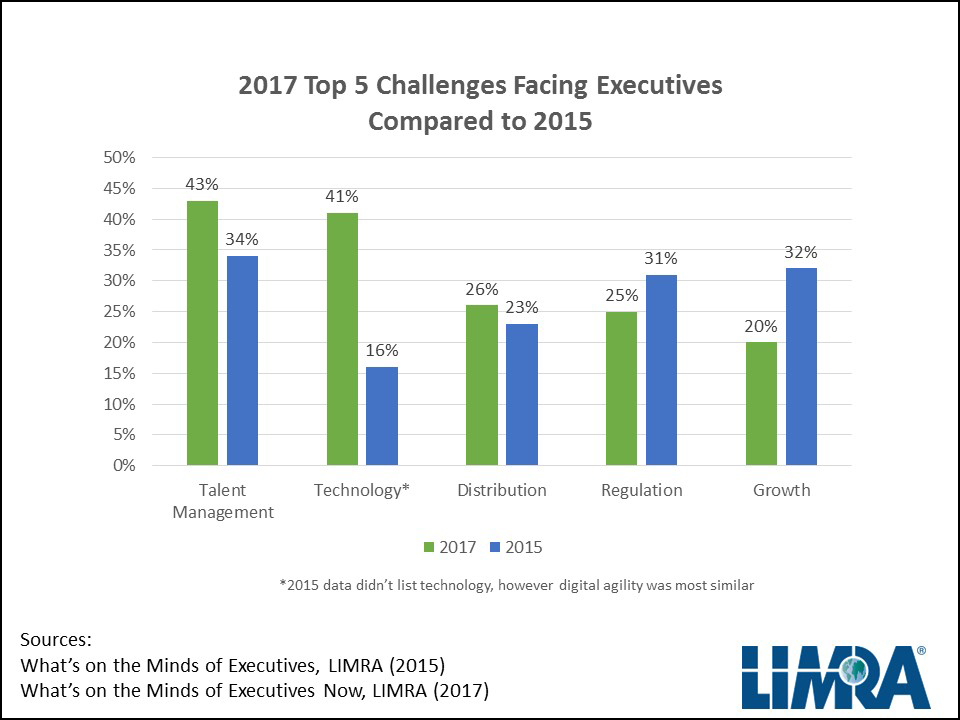 Although technology is a challenge, the study discovered industry leaders also think it will be a driver of future growth. LIMRA found nearly a third of executives believe artificial intelligence will be crucial to their company’s success in the next five years. Successful artificial intelligence capabilities could lead to a more hands-off approach to processing customer service tasks, resulting in lower costs. Almost a quarter of executives believe virtual communications (such as video conferencing and social networking) will continue to be an important technology. As in most industries, virtual communications is relevant to the day-to-day operations of the financial services market, and its use is anticipated to grow as consumers and customers continue to expect this service.

Facing aging sales forces and the need to increase productivity and retention, more than a quarter (26 percent) of executives are concerned with distribution, similar to 2015 results (23 percent). LIMRA also finds this to be of similar concern to CEOs and presidents where almost 3 in 10 find distribution challenging.

LIMRA found concerns around growth have dropped significantly from 2015. Only 20 percent of leaders find growth to be a top concern in 2017, compared with 32 percent in 2015. The reason for this decline could come from a more stable economy; yet LIMRA believes this will continue to be a top concern for executives in the coming years.