Everyone knows that at a certain point — many would say the sooner the better — people need to start planning for retirement. Under the best circumstances, people choose a date they want to retire and work backward from that date to make their plan a reality. According to a Secure Retirement Institute (formerly LIMRA Secure Retirement Institute) study, while 6 in 10 recent retirees were able to retire when they expected, almost one third retired earlier than they had planned. An additional 10% retired later than they had anticipated.

Exactly when people retire has a significant impact on their financial situation, particularly around health care. Three in 10 of those who retired earlier than planned ended up paying more for health insurance and 6% went without health insurance for a period of time. Retirees under age 65, who are not eligible for Medicare, face higher health care costs.

In addition, 3 in 10 of those who retired earlier than planned claimed Social Security before their full retirement age, which lowers the benefit a person receives [see Figure 1]. Social Security is an important income source for 7 in 10 recent retirees. According to SRI research, it makes up 37% of their total income on average. 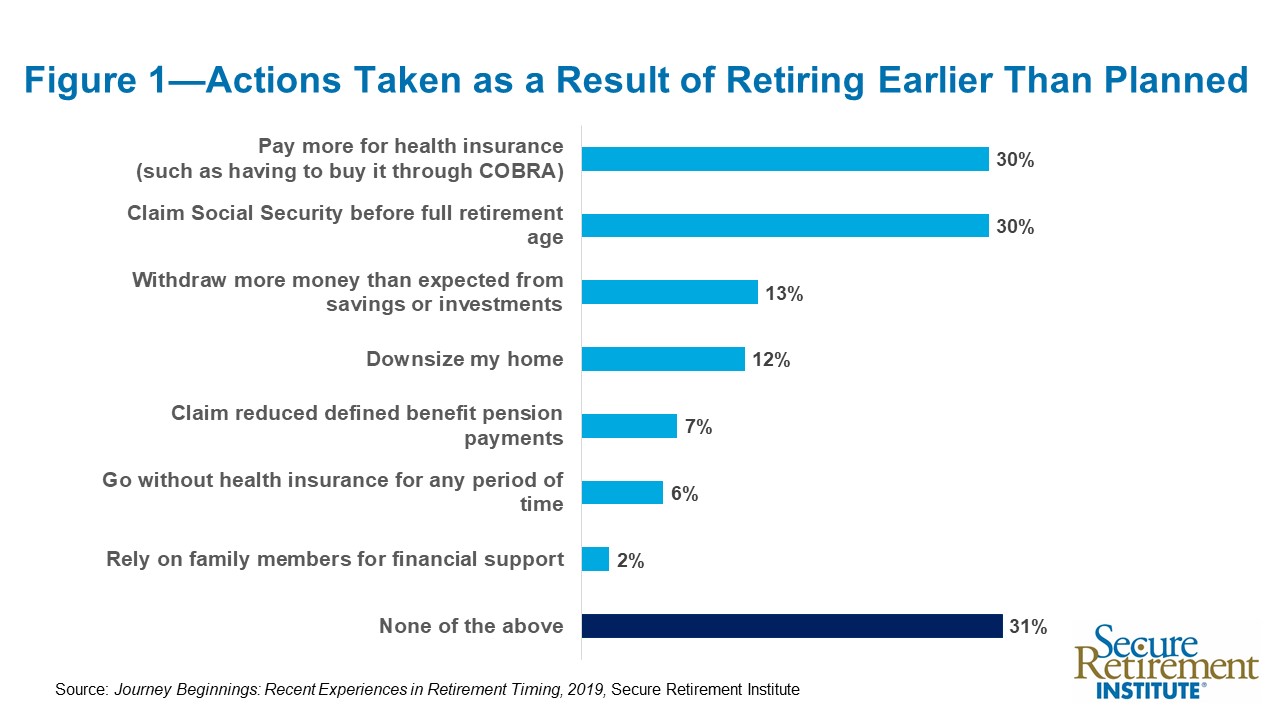 Retiring when planned can have a significant impact on people’s financial confidence. A 2018 SRI study found that Americans who retired when they planned are more likely to feel they will be able to achieve their desired retirement lifestyle, compared with those who retire early (65% vs. 42%).

Of recent retirees who retired earlier than intended, 72% did so up to three years before they had planned. Being financially ready to retire and negative working conditions top the list of reasons people give for retiring earlier than planned. Layoffs and health problems, however, also played a role for more than 3 in 10 recent retirees [see Figure 2]. 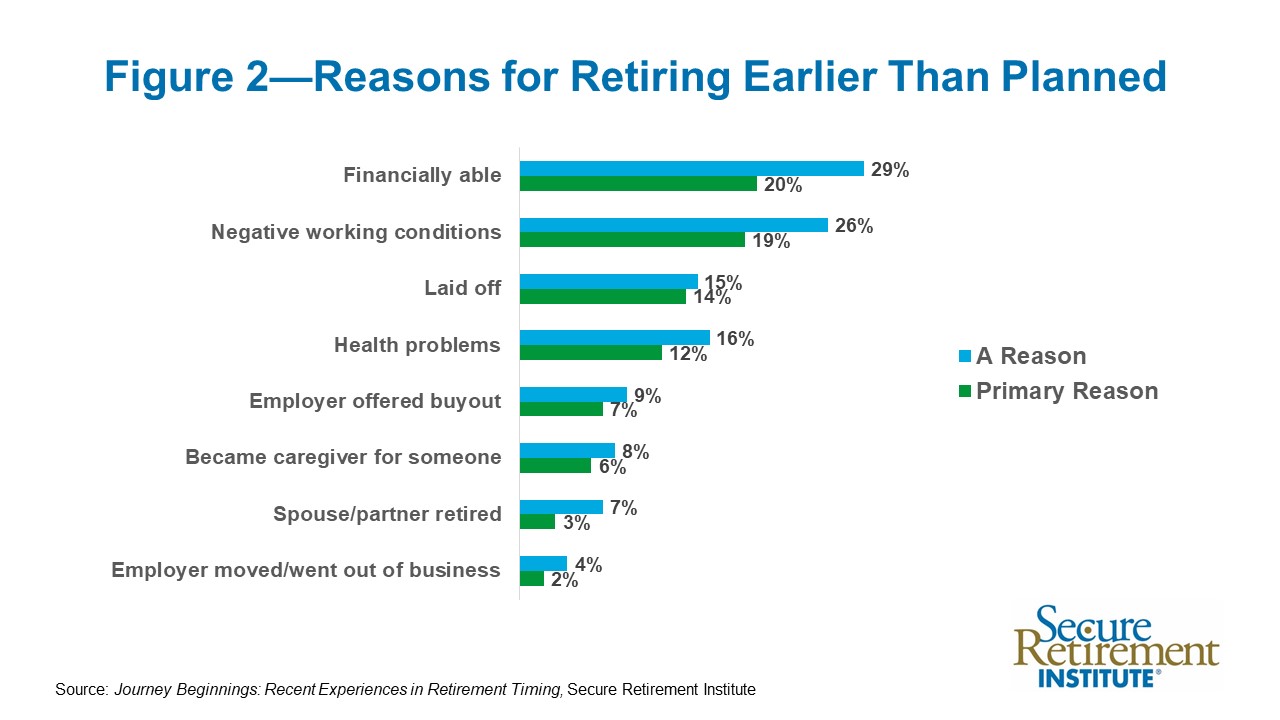 Knowing when to retire is a tricky balancing act. There are benefits to working longer and building a financial plan, but also trade-offs in not knowing how long retirement will last. Employers and financial advisors need to help Americans understand both the financial and non-financial (such as maintaining relationships with coworkers and intellectual engagement) impacts of when they retire.

The findings were based on a survey of retirees (ages 55 – 71) who had retired no more than two years ago and had $100,000 or more in household assets. Data were weighted to be representative of the population based on age, retirement status and household assets.