While Americans continue to be concerned about the virus and the economy, many are hopeful about a ‘return to normal.’ Two in five adults are optimistic that their lives will return to normal in 2021 while a third think it’s unlikely.

More than half of adults (54%) describe a return to normal as a time when COVID restrictions are lifted. It means being able to move about freely and go places again. A time without masks and social distancing is a marker for many. One in six describe normalcy as being able to see friends and loved ones again.

In January, nearly a year into the pandemic, more than half of Americans (55%) report being “very” or “extremely” concerned about the virus; and a similar number (54%) report this level of concern regarding the economy.

“Those who have had and/or know someone who experienced a severe case of COVID-19 express higher levels of concern than those without this experience (67% compared to 50%, respectively),” said Jennifer Douglas, research director, LIMRA Member Benefits. 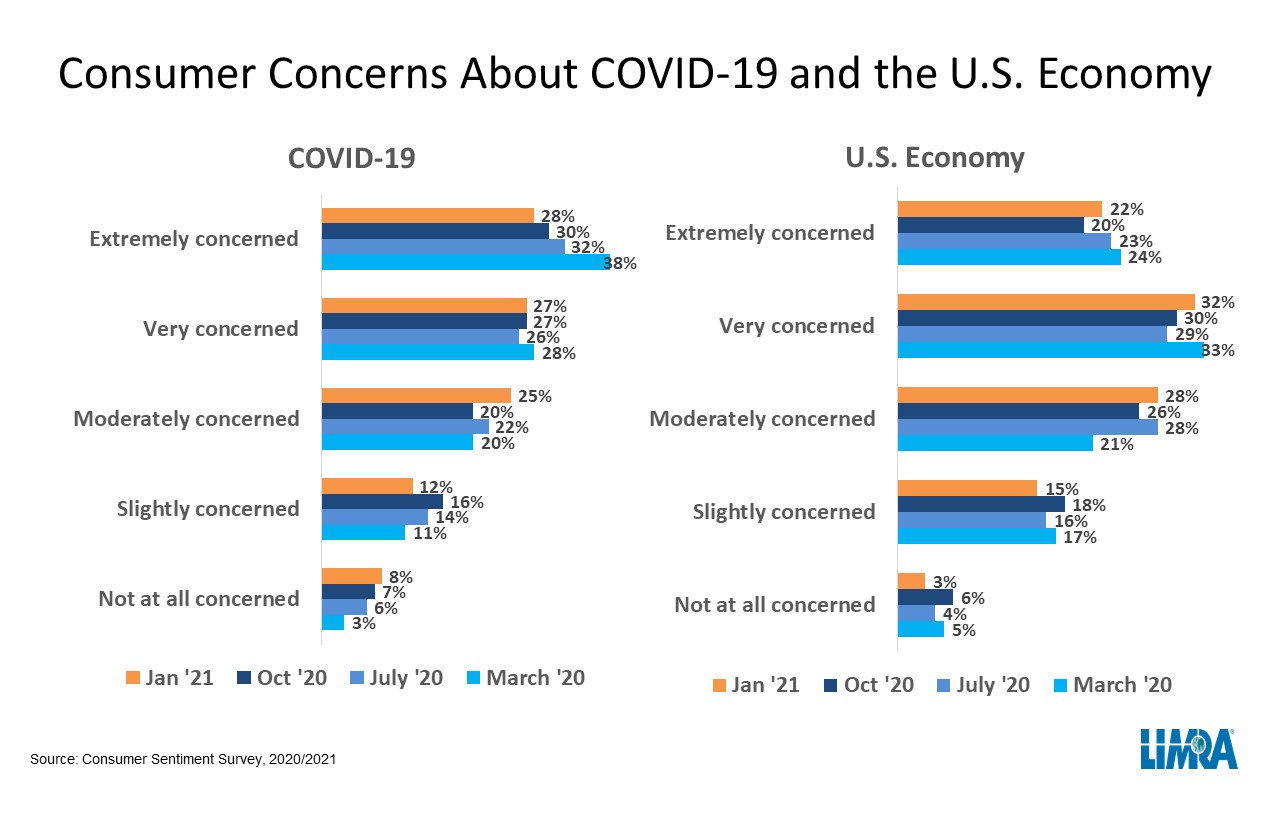 In March 2020, the thought of recession had greater implications than what has materialized to date. Significantly fewer consumers report experiencing the negative impacts of economic downturn in January 2021. Still 3 in 10 say it is affecting their ability to save for a major expense. A similar portion of non-retirees say the economic downturn has impacted their ability to save for retirement. More than a quarter of adults (26%) worry about being able to pay their day-to-day expenses and/or meet their insurance needs. 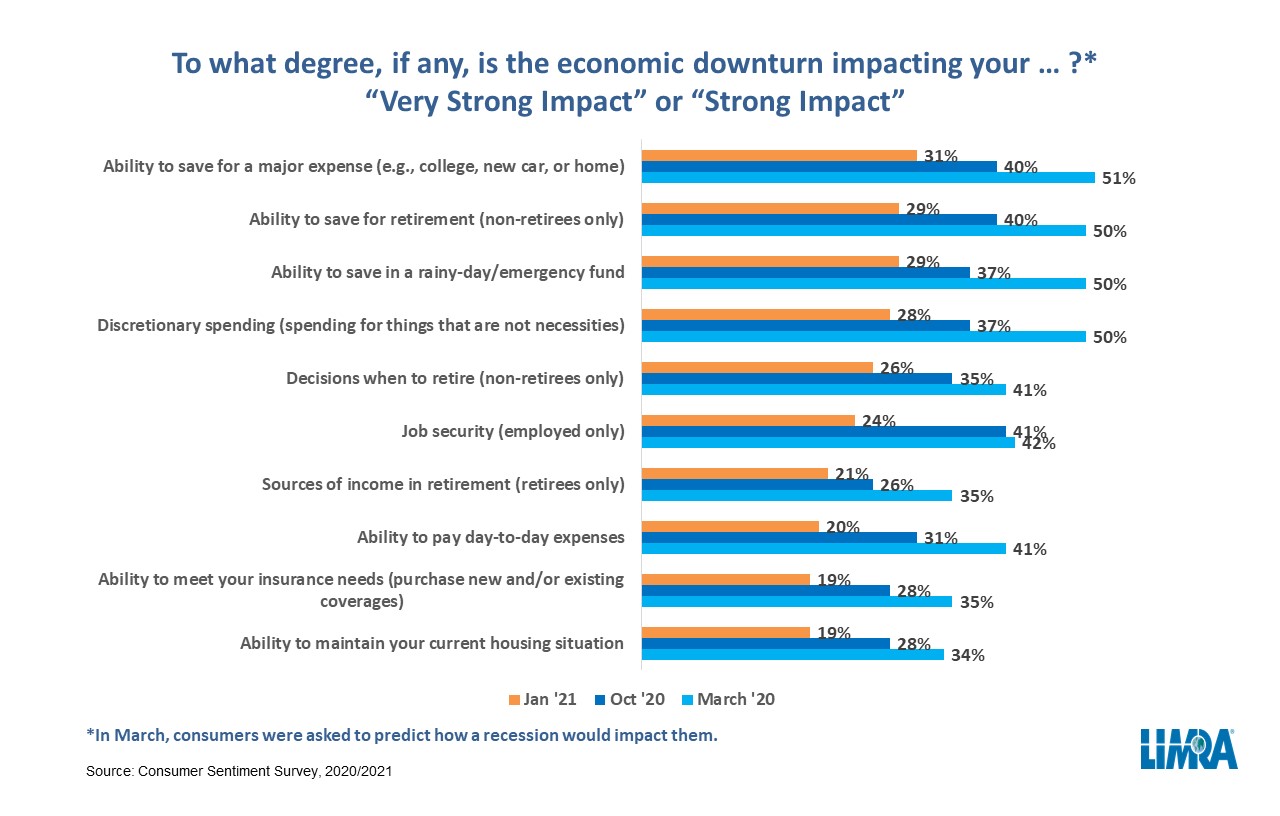 “Consumers’ experiences definitely play a role in the level of their concern,” Douglas noted. “Consumers whose employment has been negatively impacted by the pandemic are more likely to express high levels of concern, particularly about their finances and job security, than those whose work status was not impacted.”

Methodology
First initiated in early 2008 to gauge consumer opinion of the economy and the financial services industry, LIMRA’s Consumer Sentiment Survey has continued to monitor Americans’ sentiment about the economy and confidence in industries. The latest results are based on responses from 2,085 Americans ages 18+, weighted to the U.S. general population. The most recent survey was fielded January 20-22, 2021.