The lesbian, gay, bisexual, transgender and queer or questioning (LGBTQ) community has made great strides in being able to have the same rights as all Americans ― including the right to marry, the ability to serve openly in the military, and being protected from discrimination at the workplace. They can now focus on building a secure financial future for themselves as well as their loved ones.

Data suggest that LGBTQ Americans continue to lag behind the general population when it comes to finances. Nearly half of the LGBTQ consumers LIMRA surveyed (46%) say saving enough for a comfortable retirement is a concern, but only 23% of LGBTQ workers are very confident they know how much they should be saving. Half of LGBTQ consumers (48%) surveyed are worried about being able to support themselves if they become ill or injured and unable to work, but only 14% say they own disability insurance. 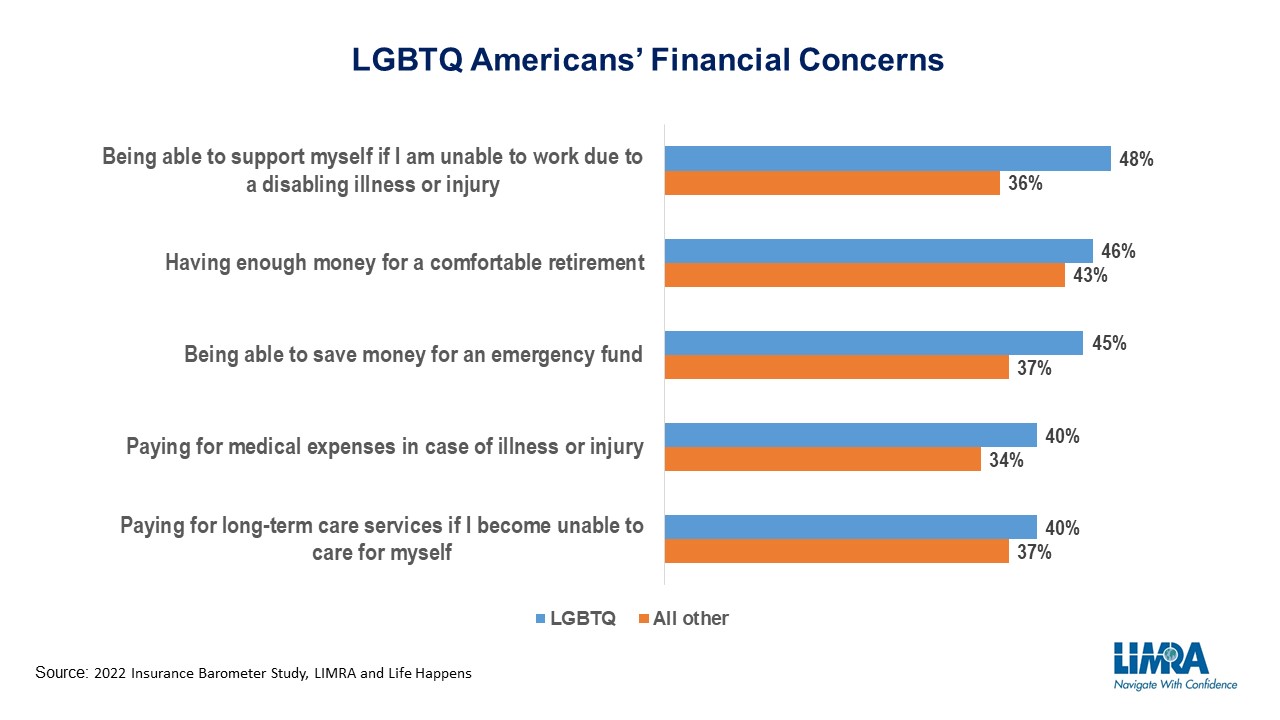 While 68% of LGBTQ individuals surveyed believe they need life insurance, just 38% report having coverage. LGBTQ consumers surveyed were more likely to say the reason they haven’t purchased coverage is because they had other financial priorities or felt life insurance was too expensive. In fact, lack of knowledge is one of the biggest obstacles for this market and others. Only a quarter of LGBTQ Americans surveyed feel very or extremely knowledgeable about life insurance and three quarters overestimated the cost of life insurance.

Still, the need remains high. Half of LGBTQ Americans surveyed ― representing 10 million adults — recognize their life insurance coverage is insufficient and 43% say they are likely to purchase coverage within the next year, compared with just 37% of the general population.

This June, as we raise the Pride flag and participate in parades, let’s also raise awareness among LGBTQ individuals and all Americans about the need for products like life insurance and disability income insurance that can provide financial security for themselves and their loved ones.