October is National Retirement Security Month, an annual campaign to encourage more Americans to save for retirement. Facing high market volatility and economic uncertainty, LIMRA research shows only 17% of adults have a favorable view of the economy. Two in three consumers say inflation is a major concern that’s impacting the quality of their lives, and nearly a third of adults (31%) report high levels of stress surrounding their household finances. Meanwhile, a similar portion of employed Americans (29%) are highly stressed about work.

In times of economic uncertainty, it’s common for planning activities such as saving for retirement to fall by the wayside. LIMRA reports that 42% of adults admit to taking unfavorable actions in recent months with their savings and investments. Among these include:

However, LIMRA research finds that 8 in 10 adults have recently taken favorable actions to improve their financial stability and security. These activities include: becoming more budget-conscious (77%), saving and investing (17%), and increasing their household income (16%).

National Retirement Security Month can be a great time to remind consumers not to abandon their retirement strategies. In fact, financial advisors should engage with consumers about possible steps they can take today to help their retirement positions weather the economic storm. A recent LIMRA report finds that the more planning activities people complete, the more optimistic they feel about their retirement; this is particularly true for less affluent households (retirees and pre-retirees with fewer than $500,000 in household investable assets). 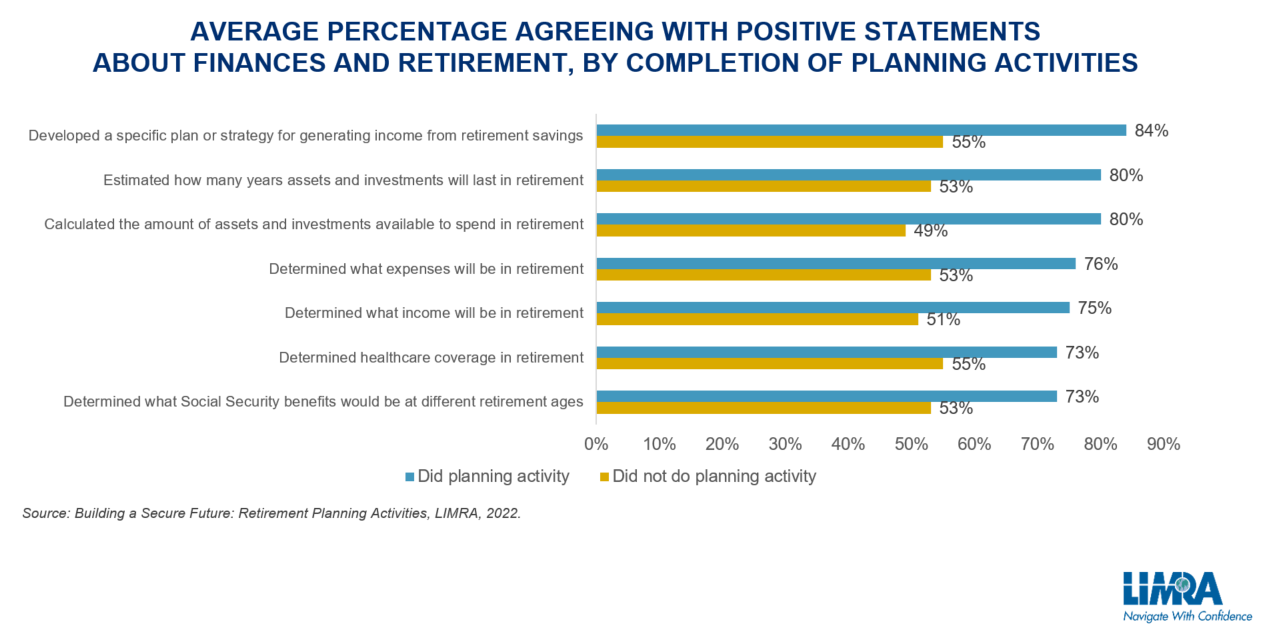 Yet a large proportion of Americans are not saving enough for retirement. LIMRA research finds that the median retirement savings among non-retired workers with any savings is $100,000. Additionally, over one-third of pre-retirees are very concerned about outliving their assets in retirement; the concern is far greater in women than in men (44% versus 29%).

In honor of National Retirement Security Month, LIMRA has compiled Haunting Retirement Facts about the current state of retirement preparedness in the United States.