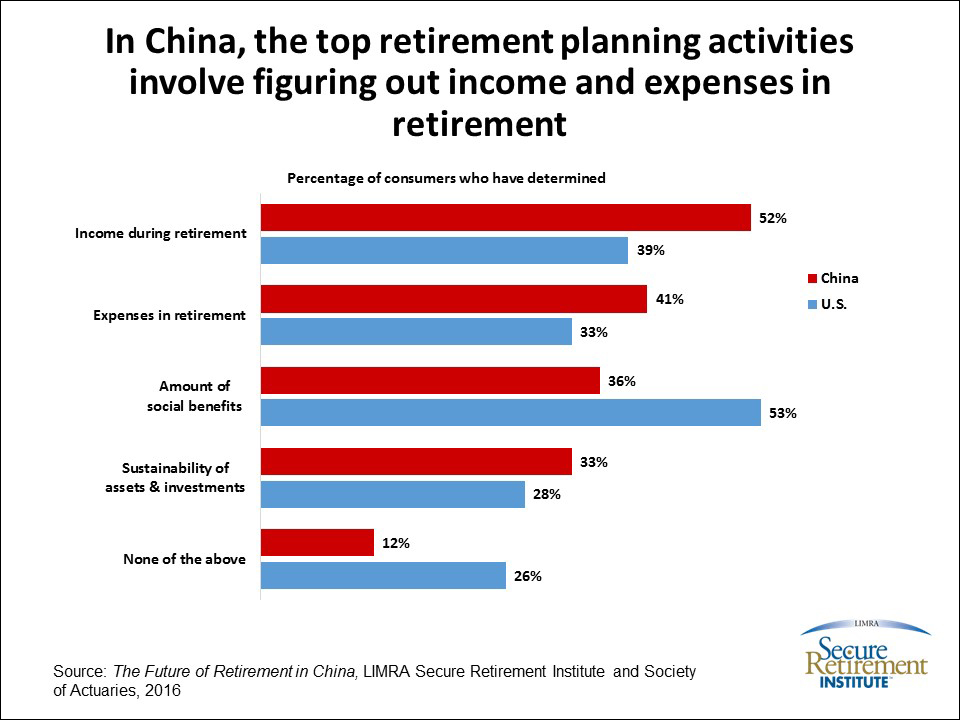 A new joint study by LIMRA Secure Retirement Institute and the Society of Actuaries reveals 53 percent of Chinese workers are uncertain if their savings will last through their retirement years.

Traditionally, workers in China have relied on a social pension system to provide income in retirement but demographic trends may make that more difficult for future retirees.

The study found that mandatory retirements have resulted in a situation where by age 60, more than 90 percent of urban workers have retired and begun collecting a social pension.  Regarding longevity, World Bank data from 1966 showed China’s average life expectancy at 54 years and by 2014 it had increased to age 75.  In the joint study, more than half of the participants said they expect to live past age 85.

“When we looked at retirement planning activities and attitudes among Chinese consumers, we found definite similarities with consumers in the U.S.,” said Finnie.

For example, the study revealed that 88 percent of Chinese consumers have completed at least one retirement planning activity. Among their top actions, 52 percent have determined what their retirement income will be and 44 percent have calculated how much they will be able to spend in retirement.

A major source of retirement income in China is the social pension, according to 56 percent of the study participants.  Personal savings and investments were the main source for 48 percent.

Based on World Bank figures, China has one of the highest household savings rates, averaging 30 percent of their disposable income. (By contrast, the U.S. average is between 5 and 6 percent).

“One of the study’s findings suggests more consumer education is needed about retirement planning and income options beyond a traditional bank account,” said Finnie.

Only 22 percent of consumers in China said they work with a financial professional and 21 percent said they have a formal written retirement plan.