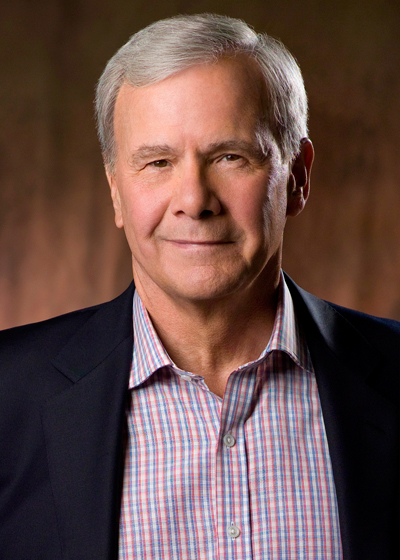 “Throughout his career Tom Brokaw has covered events that changed our lives,” said Robert A. Kerzner, president and CEO, LIMRA, LOMA and LL Global. “As our industry adjusts to new paradigms we look forward to his perspective on our world today and we’re honored to have him address our 100th Annual Conference.”

Since 1966 Brokaw has been with NBC News, first in the Los Angeles bureau, then moving up to White House correspondent, co-host of TODAY, and in 1982 was named anchor and managing editor for NBC Nightly News with Tom Brokaw. He is currently a special correspondent with NBC News.

Through his reporting Brokaw has won the Peabody Award, several Emmy Awards and in 2014 received the Presidential Medal of Freedom from President Barack Obama.  In 1998, Brokaw’s The Greatest Generation became one of the most popular non-fiction books of the 20th century.

Joining Brokaw, other prominent speakers at the 2016 LIMRA Annual Conference include former U.S. Secretary of State Condoleezza Rice who will deliver the opening keynote address and share her outlook on the global economy.  She will also discuss the challenges and opportunities resulting from the ever-changing geopolitical landscape including the rise of ISIS, democracy promotion and international sanctions.

Highly decorated combat veteran and former Navy SEAL Robert O’Neill will also address the conference. O’Neill will discuss the importance of critical decision-making, working in perilous and rapidly-evolving situations — and how these translate to financial services.

The LIMRA Annual Conference is one of the largest gatherings of executives representing all sectors the financial services industry. This year’s event is an industry celebration, drawing together LIMRA’s stakeholders to commemorate the industry’s accomplishments over the last 100 years. The agenda is designed to offer attendees insights into the latest industry trends that could foretell future opportunities in the U.S. and worldwide.