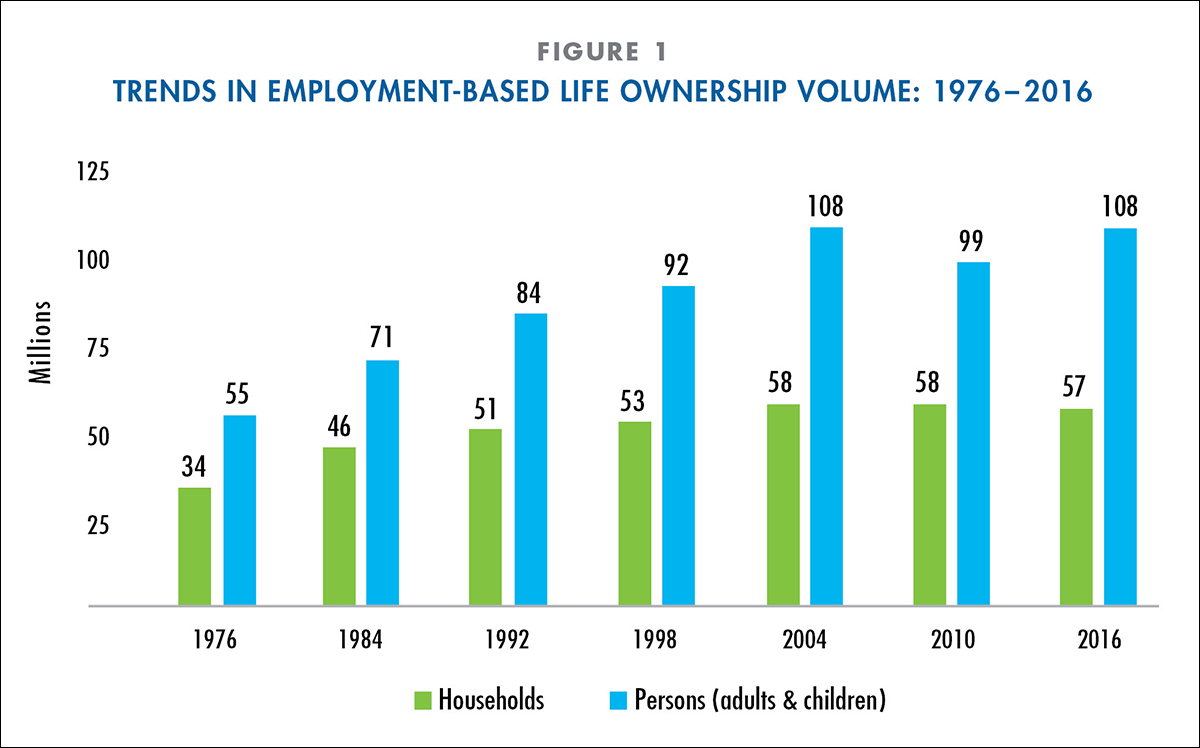 Over the past 50 years the number of Americans covered by employment-based life insurance has increased significantly (nine million in the past six years alone) spurred by environmental forces such as population growth, workforce participation rates, and labor market conditions. The number of households covered by employment-based life has increased by 68 percent (to 57 million), while the number of people (adults and children) covered has almost doubled (from 55 million to 108 million).

The rate for employment-based life insurance peaked at 54 percent of American households back in 1984. Since that time, household market penetration has gradually declined, and now equals 46 percent. At the person-level (adults and children), market penetration increased steadily through 2004 when it peaked at 37 percent. The person-level ownership rate dropped by five-points in 2010, but has rebounded slightly and now equals 34 percent.

Americans overwhelmingly believe employers should be required to make life insurance coverage available (73 percent). Yet, the percent of employers offering coverage is gradually declining. Making matters worse, a dilemma facing the industry is that once employees make a benefit selection most rarely revisit their decision and almost half (44 percent) never change their life coverage.

The Employment-Based Life Insurance Ownership Trends (2017) report, is based on a sample of 4,167 households that were surveyed in 2016. Respondents have primary or shared decision making responsibility about finances, investments, and insurance in their household. The sample contains quotas for 30 age-income segments. The study sample was weighted to the U.S. household population by age, income, race and region.

LIMRA, a worldwide research, consulting and professional development organization, is the trusted source of industry knowledge, helping more than 850 insurance and financial services companies in 64 countries. Visit LIMRA at www.limra.com