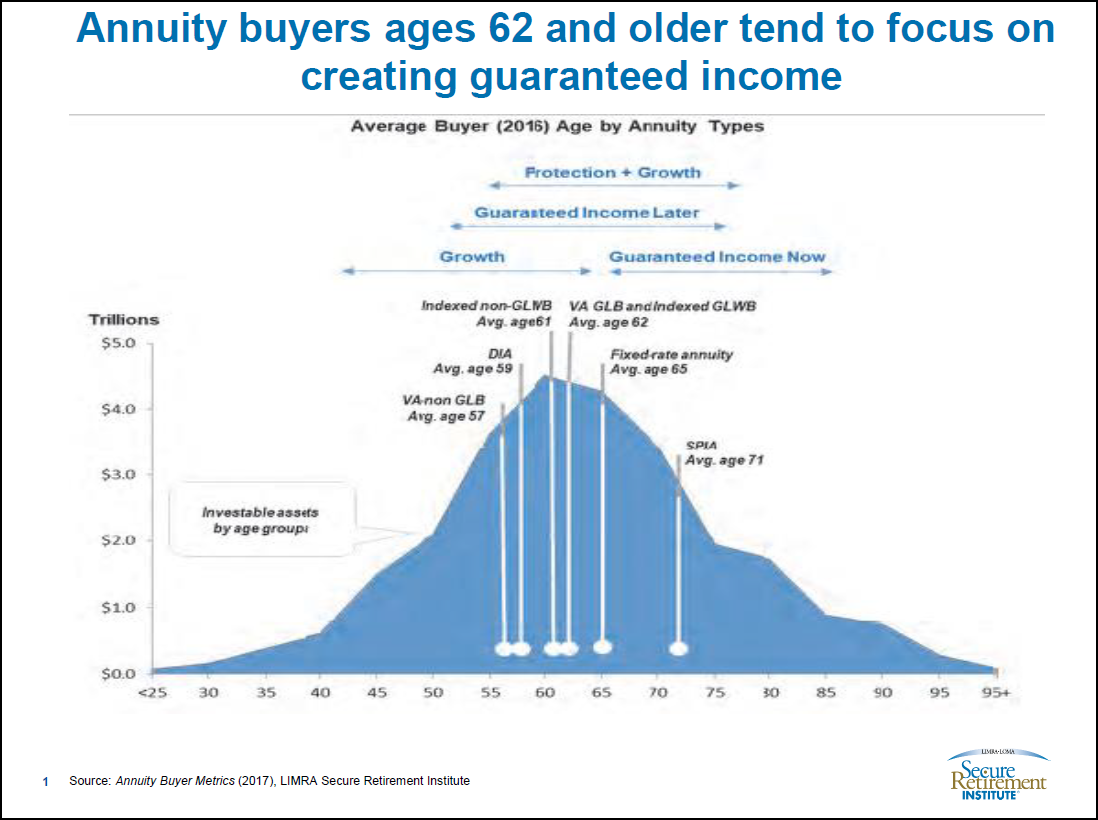 New analysis by LIMRA Secure Retirement Institute finds that half of the money ($84.5 billion) invested in annuities in 2016 was used to purchase products that offer guaranteed income – either immediately or for the future.

“Despite all of the news questioning whether Americans understand annuities, our analysis demonstrates that Americans are purchasing annuities to meet their specific investment objectives in retirement,” said Todd Giesing, director, Annuity Research, LIMRA Secure Retirement Institute. “Since Institute research shows the top financial goal of pre-retirees is to have enough money to last a lifetime, it stands to reason that the majority of the assets invested in annuities are targeted towards creating lifetime income.”

The study, Annuity Buyer Metrics, identified annuity buyers having one of three investment objectives when purchasing an annuity: market accumulation, principal preservation, or creation of guaranteed income.  In addition to those seeking guaranteed income, more than a third of the 2016 annuity premium was invested in annuities that provide principal preservation with growth opportunity, and 15 percent went towards market accumulation products.

Yet, a booming equities market may be shifting buyers’ priorities. In 2016, annuities purchased with an investment goal of principal preservation and growth rose 17 percent, compared to 2015 ($52.1 billion to $58.7).  In contrast, new premium received in guaranteed income for later investment objective declined 16 percent from $89.8 billion in 2015 to $75.3 billion in 2016.

“Given that half of Americans retire between the ages of 61-65, it makes sense that their interests would shift toward creating income to compensate for that lost paycheck,” noted Giesing.

“Based on these numbers, it is likely that – after investing in a home – annuities are the second largest purchase people make in their lifetime,” Giesing observed.

This study examined the 2016 retail annuity sales of 50 companies, representing $134.7 billion and 1.17 million contracts (80 percent of the market). The industry average buyers’ age is the unweighted average age as reported by companies by number of contracts.