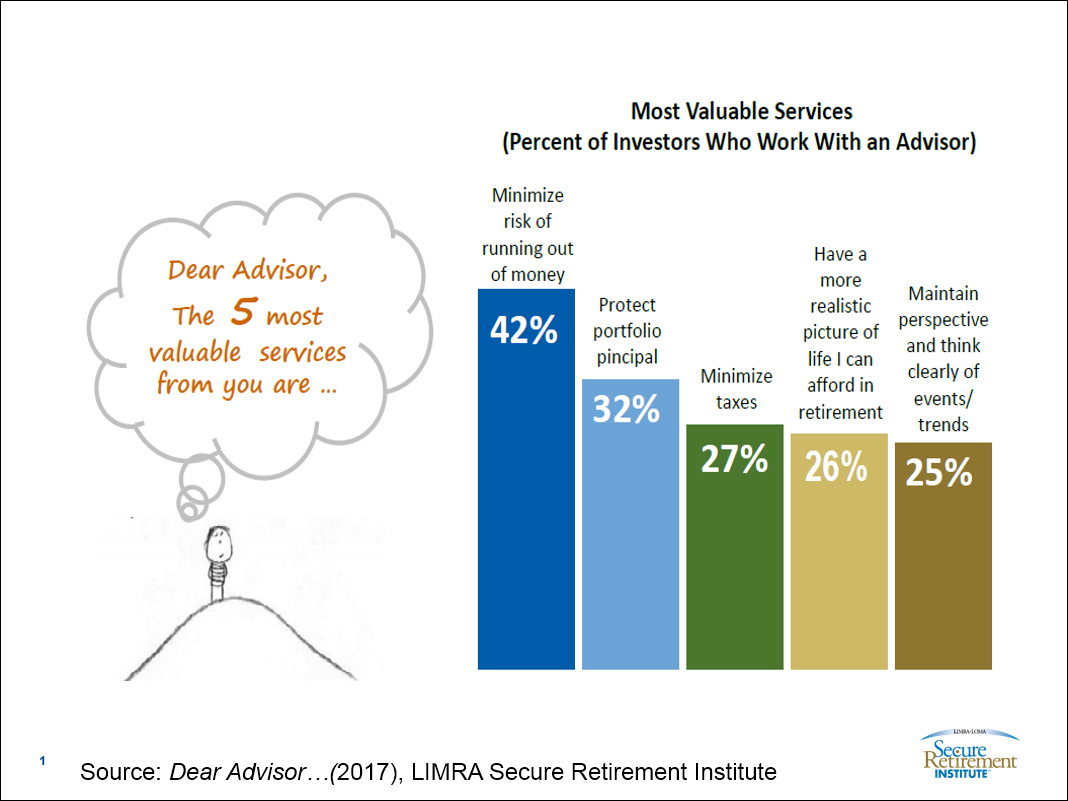 “Our research demonstrates the value of working with an advisor and having a retirement income plan,” said Jafor Iqbal, assistant vice president, LIMRA Secure Retirement Institute. “In an environment with greater emphasis on client-interest-first and transparency, advisors need to shift their focus to providing retirement planning activities, which will validate their product recommendations.”

“Our study found that three in four pre-retirees find many planning activities somewhat or very complex,” noted Iqbal. “These activities are critical for assessing what they will be able to afford in their retirement. Consistently, our research has shown that those who work with an advisor are more likely to have a plan, have a better grasp of their financial situation and generally feel more confident in their retirement security.”

The study found that the majority pre-retirees with an advisor have worked with them for more than 10 years. The findings are based on an online survey of 1,050 U.S. adults aged 50-75 who were working full-time or part-time and were involved in household financial decisions.