WINDSOR, Conn., June 9, 2020 — A new LIMRA study finds just 21% of Americans have a favorable view of the economy, down from 25% in March 2020 and falling to less than half of the 56% reported in January 2020, which marked the highest consumer sentiment about the economy since LIMRA began tracking it in 2008. 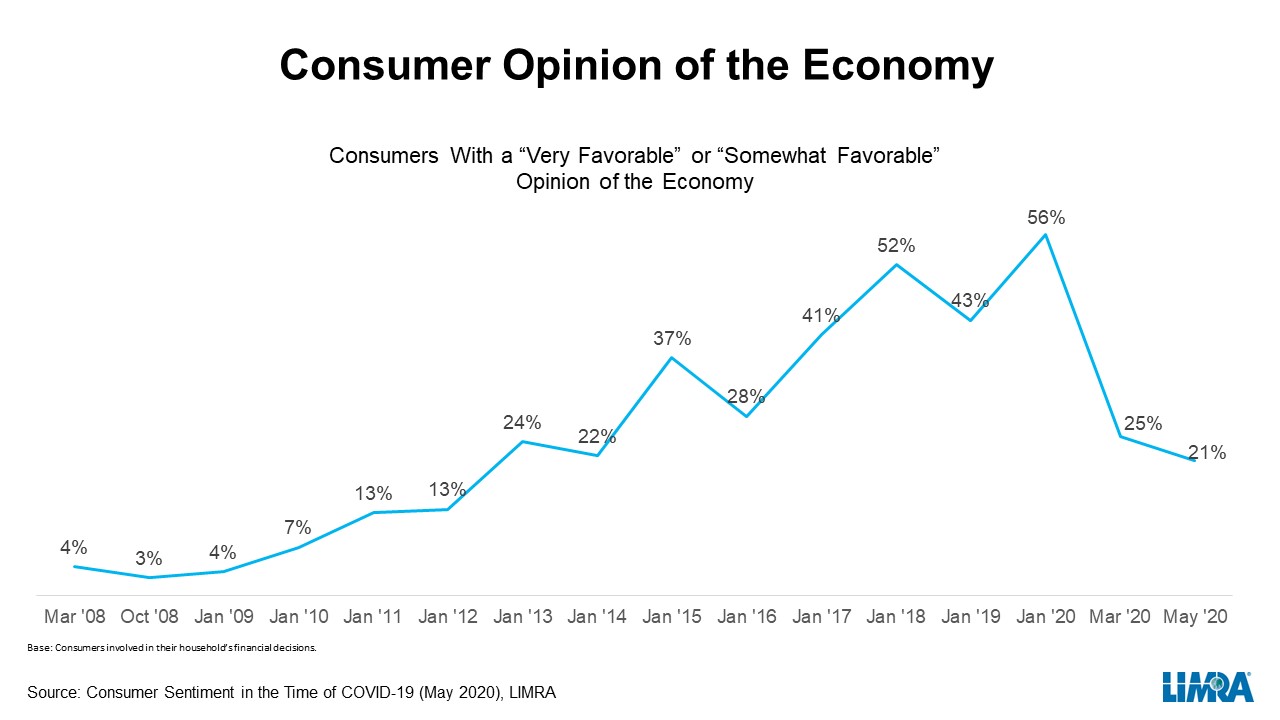 The study, conducted in May, shows 2 in 3 consumers believe the U.S. economy is likely or extremely likely to enter a recession this year (Note: The National Bureau of Economic Research announced yesterday that the U.S. economy entered a recession in February.) While concern about a recession has decreased and its perceived impact has lessened from March when there was so much uncertainty about the pandemic, a significant portion of consumers continue to have concerns about specific financial priorities.

“Despite the 10-plus years of economic growth, many Americans struggle to achieve their financial goals,” said Jennifer Douglas, research director, LIMRA Research Quality and Performance. Prior LIMRA research indicates 40% of Americans believe they have enough saved for retirement and many express concerns about paying their mortgage and monthly bills. LIMRA’s most recent consumer sentiment survey shows, while the level of concern has fallen from March, a considerable number of Americans are worried about the impact of this recession.”

According to the findings, 4 in 10 consumers still believe a recession will strongly impact their discretionary spending (43%), their ability to save for a major expense (41%), save for retirement (41%), or contribute to their emergency fund (40%). 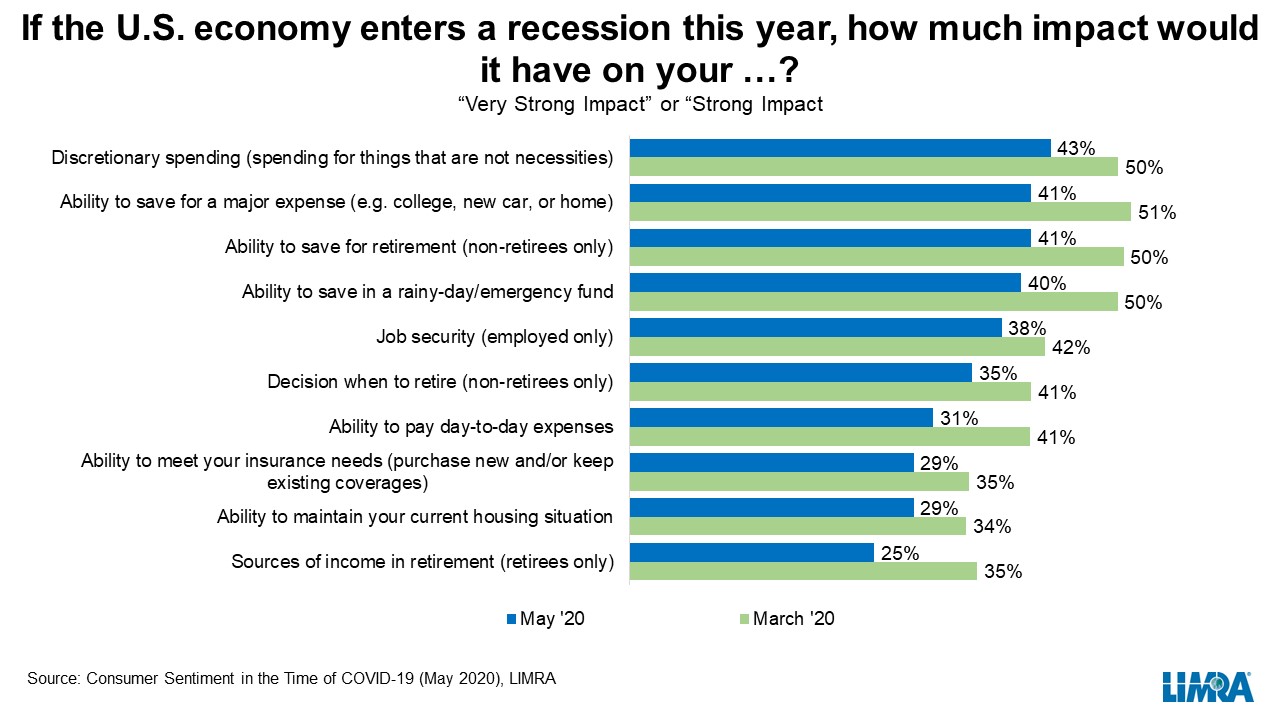 “One of the factors that may have contributed to consumers’ increased confidence in life insurers was contact with one’s carrier during the pandemic. A third of life insurance policyholders had heard from or reached out to their carrier since March. Of those, 7 in 10 were satisfied with the customer service they received. These individuals report very high levels of confidence in life insurance companies,” noted Douglas. “It is important to note, however, that these satisfied policyholders with recent contact represents just over 10% of those surveyed. So, this is not what’s solely driving the increased confidence. In fact, we see a boost in confidence among owners and non-owners alike.”

It is likely that consumers’ fears of the unknown have turned into relief (or, at least, a sense of resiliency and capability) as they learn to live in a world of social distance and increased time at home. Decreased spending and the federal stimulus check are also helping many people manage their financial lives.

“The study suggests Americans feel that the worst of the pandemic may be behind us, and several LIMRA consumer trends reflect a desire to cautiously move forward,” said Douglas. “As states reopen and the curve appears to flatten, concerns about COVID-19 are easing as consumers have a better sense of what our ‘new normal’ looks like.”

Methodology
First initiated in early 2008 to gauge consumer opinion of the economy and the financial services industry, LIMRA’s Consumer Sentiment Survey has continued to monitor Americans' sentiment about the economy and confidence in industries since 2008. The latest results are based on responses from 2,000 Americans ages 18+, weighted to the U.S. general population. The most recent survey was fielded May 19-20, 2020.