WINDSOR, Conn., July 6, 2021—Newly released findings from the 2021 Barometer Study reveal the majority of Black Americans own life insurance (56%), up three percentage points from 2020 and four percentage points higher than the general population. Yet this still represents a 19-point gap from the 75% of Black Americans who believe they need life insurance.

“While our research shows that Black Americans are more likely to own life insurance than any other race , the reality is 46% — 20 million adults — say they need (or need more) life insurance coverage, which identifies a significant coverage gap,” said David Levenson, president and CEO, LL Global, LIMRA and LOMA. "It is up to our industry to help these individuals get the coverage they need to protect their families’ financial security.” 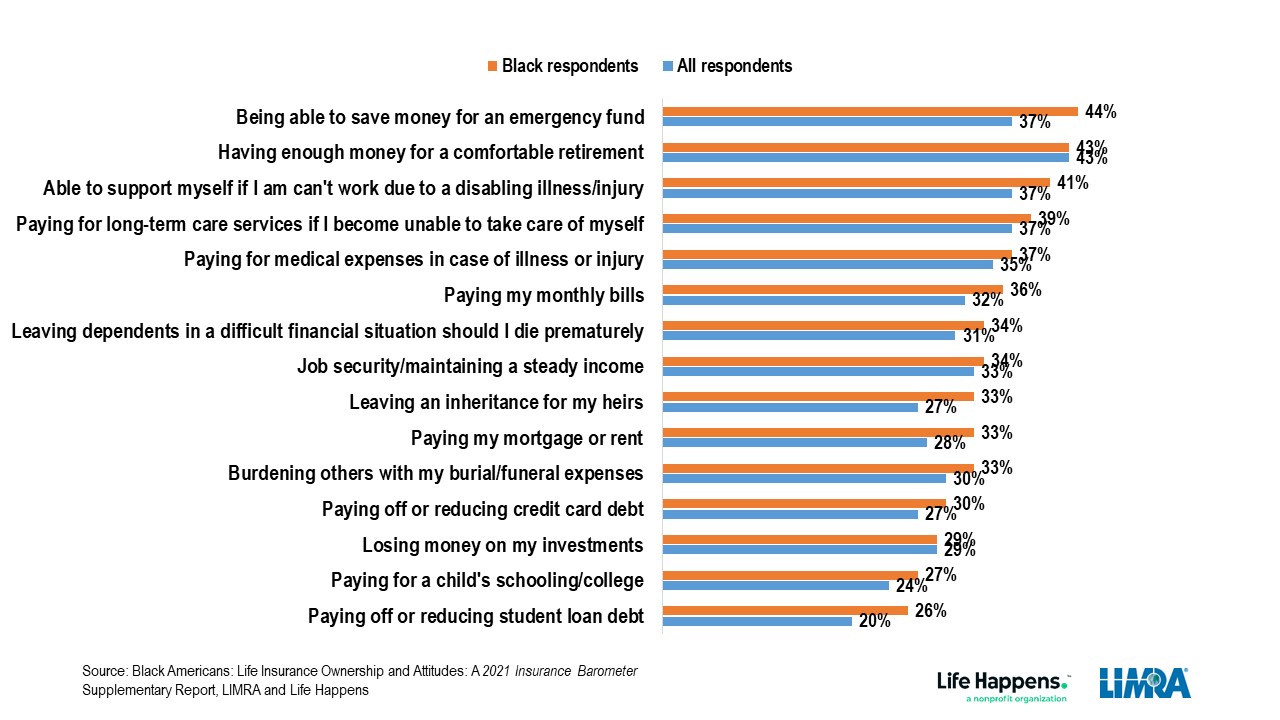 “The findings from this report demonstrate that we still have work to do to educate consumers about how affordable and accessible life insurance really is or the many ways it can be used as a foundation to protect the ones we love,” said Levenson. “Working with the 330,000 life-licensed agents and advisors, the industry can help dispel consumers’ misconceptions about life insurance and remove some of the obstacles that prevent Americans from getting the coverage they need.”

LIMRA is honored to lead the Help Protect Our Families campaign, an industrywide effort to raise awareness about the importance of life insurance and help carriers and distributors address the growing coverage gap in the United States.

The 2021 Insurance Barometer Study, conducted jointly by industry nonprofit LIMRA and Life Happens for the past 11 years, examines the financial attitudes and behaviors of Americans, with an emphasis on life insurance.

Study methodology
In January 2021, LIMRA and Life Happens engaged an online panel to survey adult consumers who are financial decision makers in their households. The survey generated over 3,000 responses, including more than 300 Black Americans.