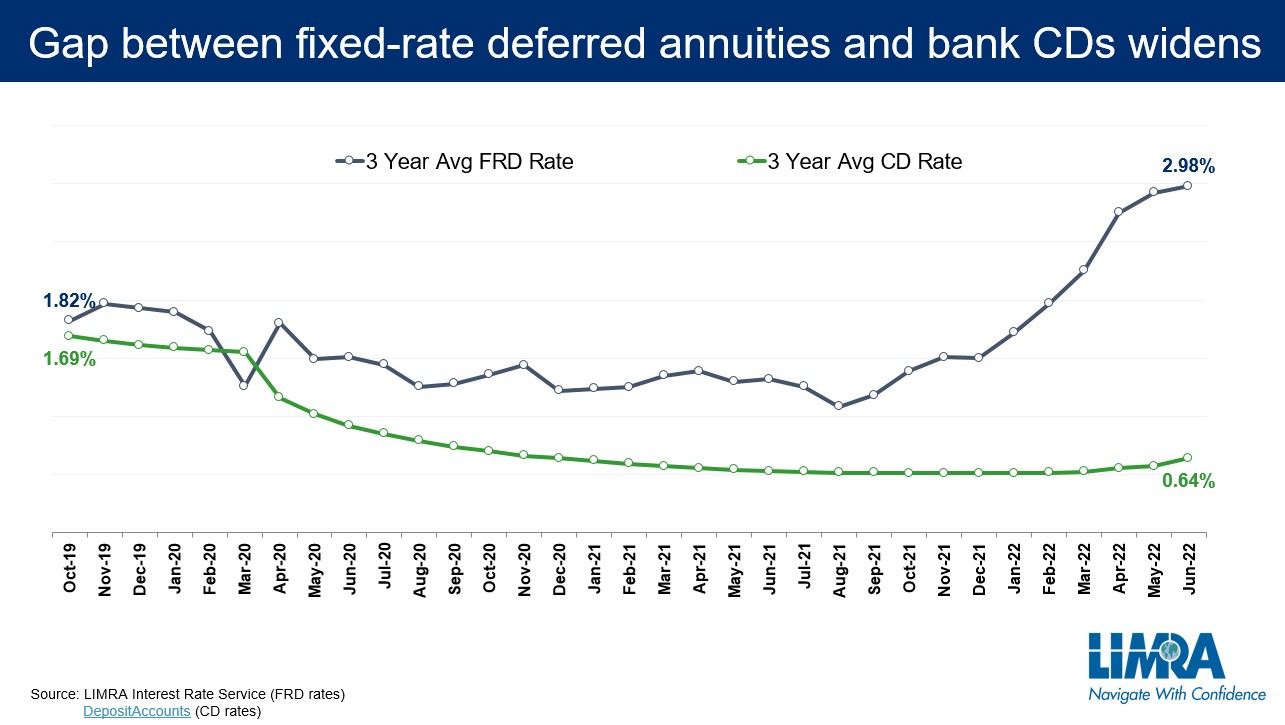 Fixed indexed annuity (FIA) sales also had a strong quarter. FIA sales were $19.7 billion in the second quarter, up 19% from prior year. Year-to-date (YTD), FIA sales were $36 billion, a 20% increase from last year.

“Both FIAs and fixed-rate deferred products benefited from the significant interest rate increases in the second quarter,” said Giesing. “Coupled with a nearly 20% equity market decline, investors sought out principal protection and growth potential, which these products offer.”

Registered index-linked annuity (RILA) sales also improved in the second quarter, up 5% to $10.5 billion. In the first half of 2022, RILA sales were $20.1 billion, 5% higher than prior year.

“While RILA products offer protection against the significant market declines we witnessed in the first half of the year, the crediting rates are often linked to indices tied to equities and bonds, which have not fared as well under current market conditions. As a result, the remarkable growth RILAs experienced over the past three years has slowed,” noted Giesing.

Market conditions were not as favorable for traditional variable annuity (VA) sales. In the second quarter, VA sales fell 32% to $15.4 billion, the lowest quarterly results since the fourth quarter of 1995. YTD, VA sales totaled $33.9 billion, down 22% from the same period in 2021.

Preliminary second quarter 2022 annuity industry estimates are based on monthly reporting, representing 85% of the total market. A summary of the results can be found in LIMRA’s Fact Tank.

Second quarter 2022 top 20 rankings of total, variable and fixed annuity writers will be available in August, following the last of the earnings calls for the participating carriers.