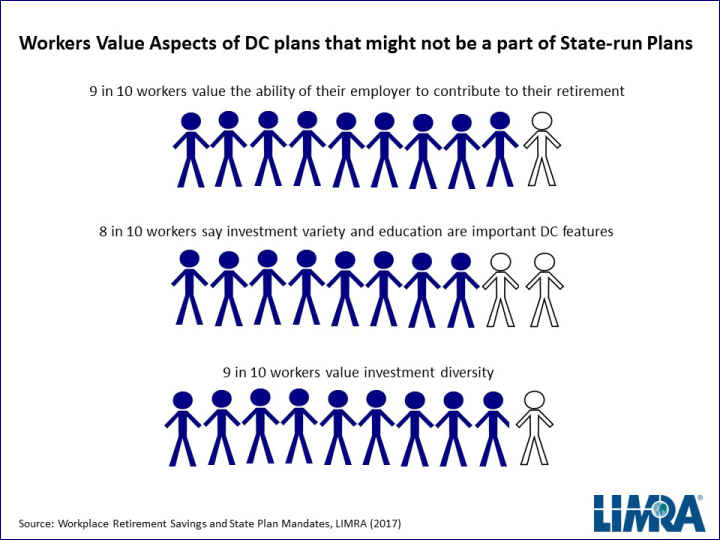 The intent of the state-run retirement plans is to offer workplace retirement access to those who do not currently have it. Employers who drop their DC plan and shift their employees to a state-run plan may weaken their employees’ ability to save adequately for their retirement.

Many state-run plans are designed as individual retirement accounts (IRAs), which limit investors under 50 years of age to contribute $5,500 per year while DC plans allow up participants to contribute as much as $18,000 annually. Institute research finds 86 percent of workers feel it is important to be able to contribute more than $5,000 a year to their retirement savings. This could also undermine long-term retirement security.

In addition, employees place high value on certain aspects of DC plans that may not be part of a state-run plan.

LIMRA Secure Retirement Institute conducted nationwide surveys of more than 1,000 employers that offer defined contribution plans and nearly 2,500 workers in 2016 to explore perceptions around state-run retirement programs. The results were weighted to reflect the US population.