Many consumers still adjusting financial actions due to shaky economy

With the COVID-19 vaccination rate up and the number of deaths significantly declining, only 1 in 5 adults are “very” or “extremely” concerned about the virus today, according to LIMRA’s October Consumer Sentiment in the Time of COVID-19 study. In the research, more than 3 in 5 adults say their lives are largely back to what they were like before the pandemic ― going from 31% in January to 62% in October.

While less concerned about the pandemic, 56% of adults are “very” or “extremely” concerned about the economy, which is down from 63% when the study was last conducted in July. Fewer consumers report being highly stressed about their personal finances — 31% in October compared to 38% in July — and fewer note that they’ve taken actions in recent months in response to the economic climate.

Still, more than 8 in 10 consumers acknowledge one or more changes in their behavior. For nearly all, the changes include “favorable actions” or steps that are likely to improve their financial stability and security. Most often, this involves changes to their spending and becoming more budget conscious; although some consumers have also been able to put more money into a savings account, invest more, and/or increase contributions to a retirement plan.

Over half of consumers, however, have taken “unfavorable actions,” such as saving or investing less, increasing one’s debt, cutting back on retirement contributions, or skipping medical care, which can be detrimental in nature. 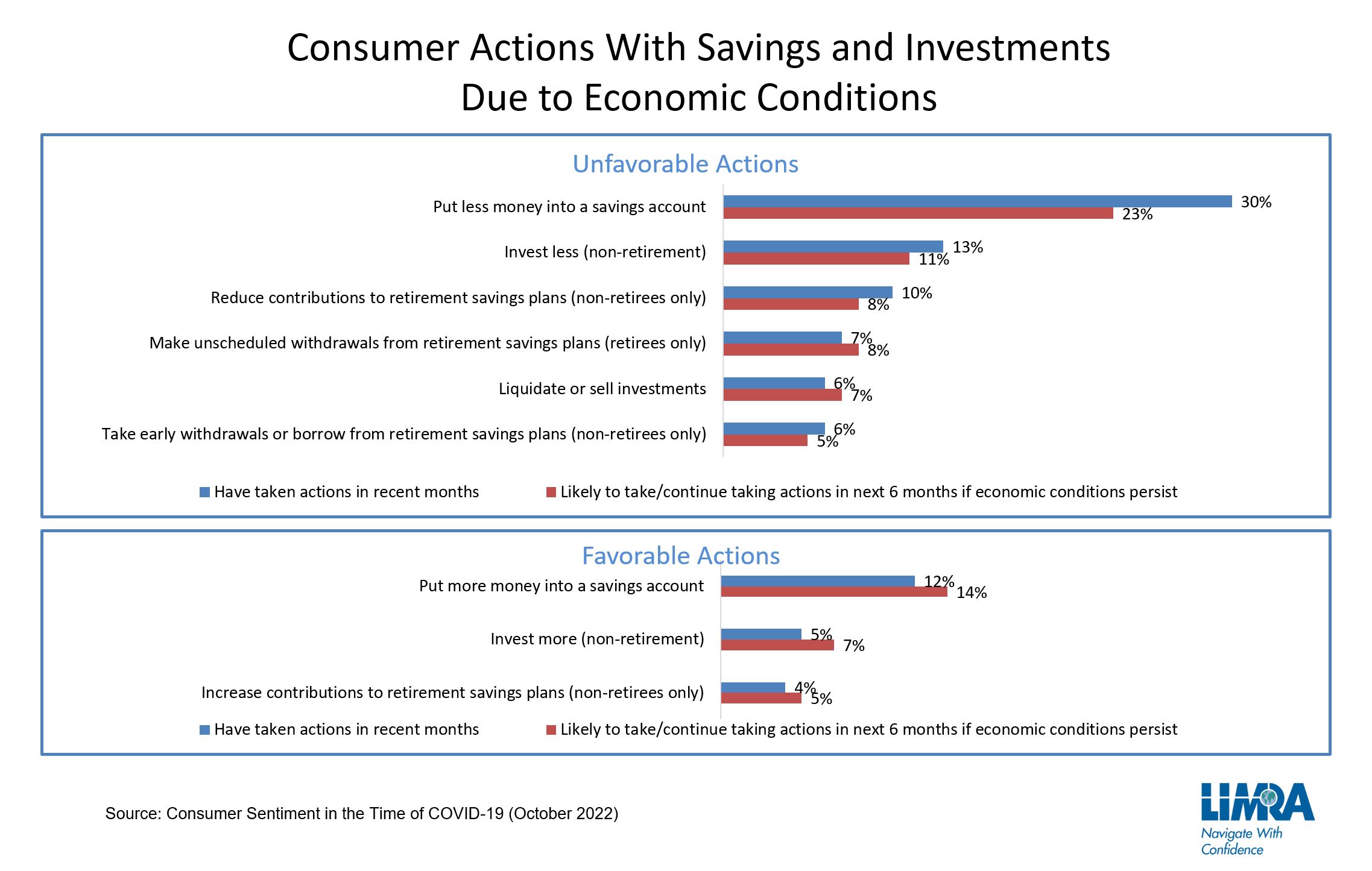 The next few months will be telling in terms of what changes consumers will make regarding their finances. Of the actions LIMRA asked about, the most common include changes to shopping habits (54%) and cutting back on dining out or entertainment (51%). Similar numbers of adults anticipate continuing these behaviors, or doing them for the first time, if economic conditions persist. Taking steps like putting off a major purchase (35%), canceling subscriptions/memberships (28%), and changing or canceling vacation plans (23%) ― cited less often ― are likely to increase over the next six months if economic conditions don’t improve.