This life and health insurance company had used Career Profile+ for several years as a way to screen out job candidates who were unlikely to succeed as insurance agents. When the company used the test and enforced minimum selection standards, 30 percent of agents survived their first 12 months on the job and new hires' average annual premium was $20,393.

Yet over a six-year period, the numbers told a different story: The survival rate was down 48 percent and productivity was down 29 percent. What happened?

While company executives were convinced of the validity of the test, recruiter complaints and misuse made it difficult to justify the investment. They slowly began to discontinue use of the Career Profile+ and started using a less expensive tool from another test developer.

Problems first surfaced when the company chose to relax selection standards to allow more low-scoring candidates into the selection process (Year 1). The next year, the company did not require use of the Career Profile+. And by the third year, they had made the switch to another vendor's test. 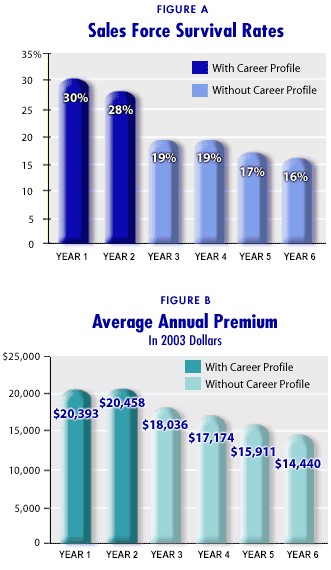