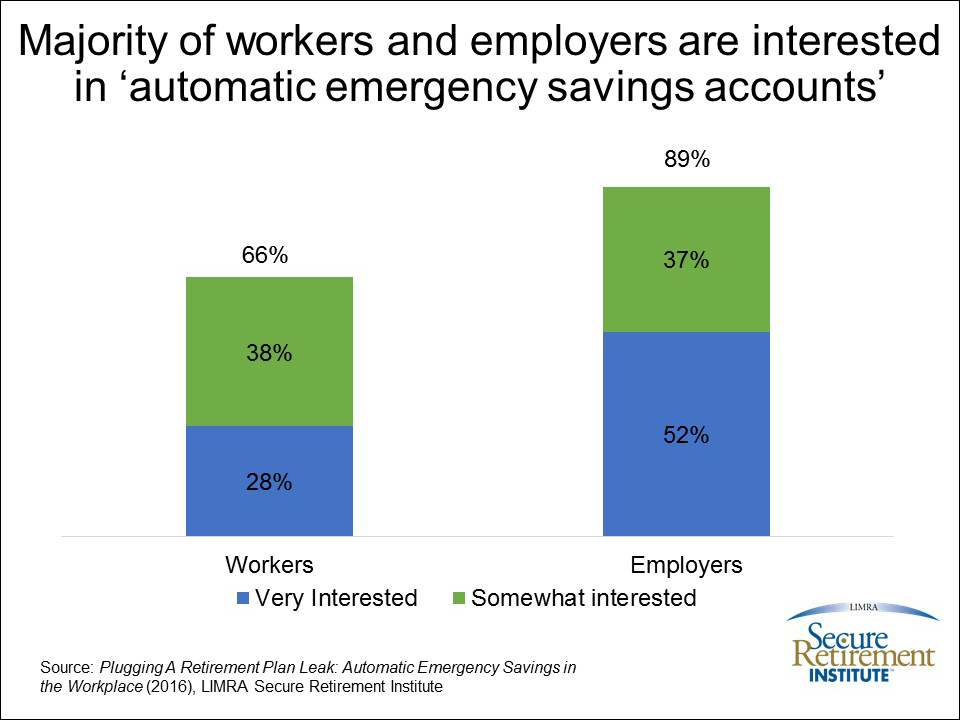 shows both workers and employers have interest in establishing an automatic emergency savings account that works alongside a workplace defined contribution (DC) plan.

The study was inspired by Harvard University Professor David Laibson’s remarks at the 2016 Retirement Industry Conference. Laibson proposed that automatic emergency savings account could be funded up to a specific amount, after which time the money would automatically go into a retirement savings plan. This approach could help fund financial emergencies and prevent early withdrawals of retirement funds, which can come with penalties and threaten long-term retirement security.

Many Americans struggle to save for both their short- and long-term needs. The Federal Reserve found that nearly half of American household did not have enough money to cover a $400 emergency1. In these instances, American’s often turn to their workplace retirement accounts to cover these expenses.

Could the automatic features of DC plans encourage workers to systematically save for emergencies?

The survey results show that the concept of the automatic emergency savings account has wide appeal. Interest in the accounts was consistent across all household income levels and DC plan participation.